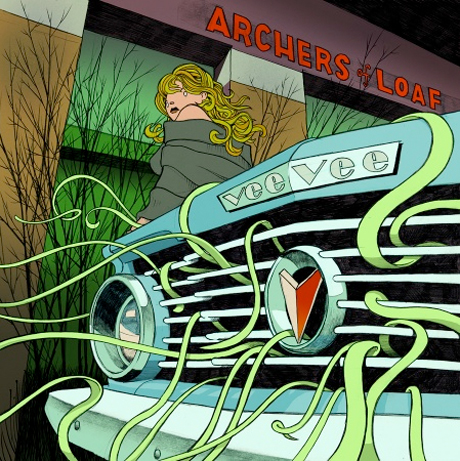 Hey, nostalgia! On February 21st, Archers of Loaf will follow up this year’s reissue of Icky Mettle with their next acclaimed (and most commercially successful) LP, Vee Vee. According to Exclaim!, the new reissue includes a remastering of the album’s 13 tracks, courtesy of original engineer Bob Weston, in addition to new album artwork by Jay Ryan and a soiree of rarities, demos, and B-sides.

The set is currently available for pre-order over at Merge on both vinyl and CD. Fans who pre-order now will receive an instant download of the remastered album – though, they’ll have to wait ’til the Month de Cupid for the extras. Check out the tracklist and a stream of “Harnessed in the Slums” below.

Also, stay tuned for more tour dates in support of the reissue, and keep your credit line comfortable for future reissues of 1996’s All the Nation’s Airports and 1998’s White Trash Heroes. Oy, it sucks being a completist, huh?