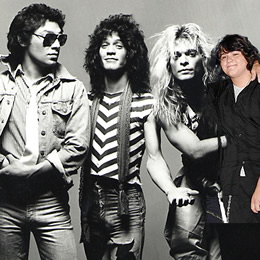 Van Halen will tour with singer David Lee Roth in 2012, marking their first such venture in five years. The news was revealed this morning with a YouTube video featuring the band rehearsing on stage. Specific tour dates are still forthcoming, but the first round of tickets go on sale January 10th.

Along with their upcoming tour, Van Halen recently signed with Interscope Records and will reportedly release a new album in 2012. The release will mark the band’s first album with Roth since 1983’s 1984.

Stay tuned for news on both the band’s upcoming tour and new album. In the meantime, watch the announcement video below. Warning: Roth is in gyration overload.