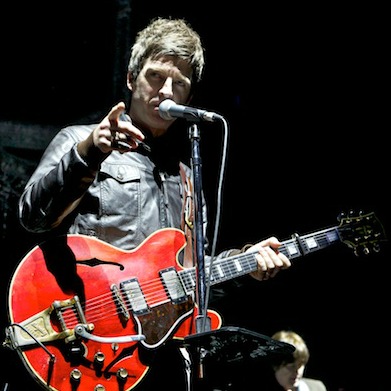 It’s hard to believe that 22 years ago, KROQ’s Almost Acoustic Christmas in Los Angeles started out with a handful of bands who actually played acoustic sets. Fast forward to 2011 and any band would love a coveted spot in the lineup at the Gibson Amphitheatre. The weekend sells out in a matter of seconds and two worthy charity organizations benefit. This year, night one benefited Para Los NiÃ±os, a non-profit family service agency designed to raise at-risk children out of poverty and into brighter futures through positive educational opportunities and support. While night two benefited the Al Wooten Jr. Heritage Center, providing a safe after-school environment where hundreds of boys and girls in South Central Los Angeles participate in tutoring, learn important social skills, and are guided to succeed in school and enter college.

It’s an entertaining two nights. Music fans are never bored because there’s never a break between acts. The stage turns around delivering one band after another. This year, the acts included everyone from indie delights Cage the Elephant, Young the Giant, and Foster the People to veterans Blink-182, Bush, and 311 to newer mainstays The Black Keys, Florence + the Machine, and Mumford and Sons. An eclectic line up for an eclectic city. Here’s how it went down – in photos.