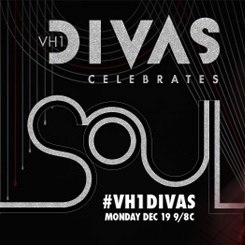 One of the network’s few remaining musical traditions (R.I.P. Rock of Love), VH1 Divas returned for its ninth go-around on Monday night. This year, the concert sought to “showcase the vast impact soul music has had on the 21st century’s music and pop culture landscape,” so Florence Welch, Erykah Badu, Mary J. Blige, Sharon Jones and The Dap-Kings, and Jennifer Hudson all showed up. So did The Roots, who of course served as the house band.

The concert was taped at New York’s Hammerstein Ballroom on Sunday night to be aired 24 hours later. Below, you can watch a few of the highlights, including Flo covering Annie Lennox’s “Walking On Broken Glass”, Badu, Chaka Kahn, and Mavis Staples teaming up on “I’ll Take You There”, and The Roots’ Black Thought, Badu, and Jill Scott reliving their The Roots Come Alive collaboration  “You Got Me”. There was also a tribute to Amy Winehouse, featuring a cover of “Back To Black” by Welch and “You Know I’m No Good” by Jones (w/ The Dap-Kings) and Wanda Jackson. You can watch the entire concert here.