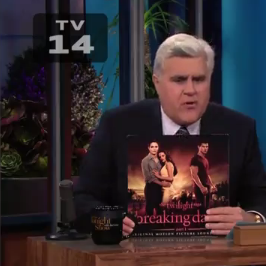 Back in May, folk rock heroes Iron & Wine visited The Tonight Show with Jay Leno to perform the passionate and heartfelt “Tree by the River”. On Wednesday night, Sam Beam and company returned to program, this time to showcase the recently revealed ‘Wedding Version’ of their song “Flightless Bird, American Mouth”.

The track, featured on the soundtrack to The Twilight Saga: Breaking Dawn Pt. 1, is built for the live setting, with its multiple parts and intricate rhythms and harmonies. In front of Leno and undoubtedly a Twihard or two, the group offered a truly spellbinding musical moment that was either romantic or haunting, depending upon the status of your love life, but always earnest and true. We’ll call this one another clean sweep; check out the video replay for yourself below (via The Audio Perv).

Both Iron & Wine’s new LP Kiss Each Other Clean and the soundtrack to The Twilight Saga: Breaking Dawn Pt. 1 are out now.