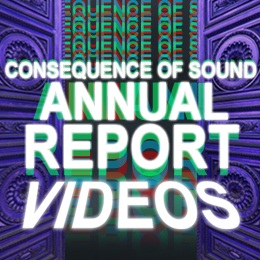 Music videos accomplish what has never been done before in the history of media: They make experimentation a commercial enterprise. They afford musicians, filmmakers, and multimedia artists the chance to have their craziest ideas not only produced, but shown to a large audience. What’s more, in the age of Internet video, indie productions are now on equal footing with million-dollar productions. There’s no visual medium more diverse or creative than music videos. Thirty years after the launch of MTV, the format is not only alive and well, but it’s matured, expanded, and become a part of our global culture. When The Beatles, and later Mike Nesmith, laid the foundation for what we’d come to know as a music video, could they possibly have known how big this concept would become?

The prevalence of online video has changed the way we watch movies, television… everything really. It’s not just the revolution that’s televised, but cute animals, skate tricks, accidents, celebrations, millions of memes in the making, and amidst all this chaos, brilliant, fun, and mind-altering visual art. On 1/11/11, we unveiled Cluster 1, a sister site to Consequence of Sound dedicated to filtering out the schlock and giving you only the best short films, animation, docs, and since we’re CoS, a ton of amazing music videos. In just under a year, we’ve posted over 1,000 of them, all handpicked.

Now, it comes to the task of choosing 25 of the best videos we’ve seen all year. These aren’t just the ones that moved us, blew our minds, or made us lol, but a selection embodying the year in videos. Fancy dancin’ Thom Yorke memed his way across the internet, Beyoncé changed outfits like a kerjillion times, Gaga became a man and a fish and then checked into a fashionable mental institution, and while those mega-stars shook the world at large, countless others were wowing the small screen, trending through Tumblr, and becoming secret sensations. We’ve got indie sci-fi from Russia, the most awe-inspiring NSFW video you’ve ever seen, demonic puppets, ’90s sitcom parodies, and so, so, so much more. This was a good year.

Each and every one of these videos is incredible. We hope you’re prepared. Just click forward. An audiovisual onslaught awaits you.