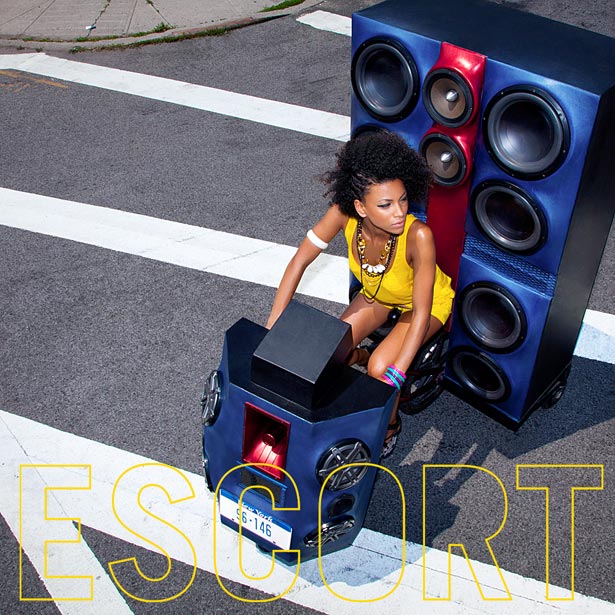 The full length debut from Brooklyn disco collective Escort has been brewing for ages. Strong 12” singles ready for the dance floor have historically been the backbone to disco, and Escort has released a handful of those over the past six years. On their self-titled debut full-length, Escort aims for a proper album, rather than a collection of singles and also-rans. The original singles have been re-recorded, which gives Escort a feeling of continuity that would be otherwise unexpected on an album with origins spread across several years.

Lead singer Adeline MichÃ¨le’s vocals go down smoothly, striking the necessary balance between sweet and sultry to harken back to both the liberating escapism and the coke-fueled hookups of ’70s disco. The 17 member “disco orchestra” paired with MichÃ¨le’s pipes includes samples, synths, and plenty of studio magic. Sure, they could do the job alone, but whether it’s the heat of a horn section or the driving beat of a cowbell, the organic instrumentation gives Escort character.

Escort’s retro sound does not blend with more contemporary styles and aesthetics; it’s disco revivalism at its purest. Because the standard for revivalism today is to recreate rather than replicate, Escort’s stylings will come as a refreshing change of pace for listeners who are irony-free in their appreciation of vintage disco in all its kitschy glory. Consider the oft-used analogy of reinventing the wheel, except replace “wheel” with “disco ball,” and you’ll be on the right track. Rather than filtering its reflected light through 21st century reinterpretation, Escort is a polishing of something completely familiar. Forget the dance punk; this is just true, unabashed disco.