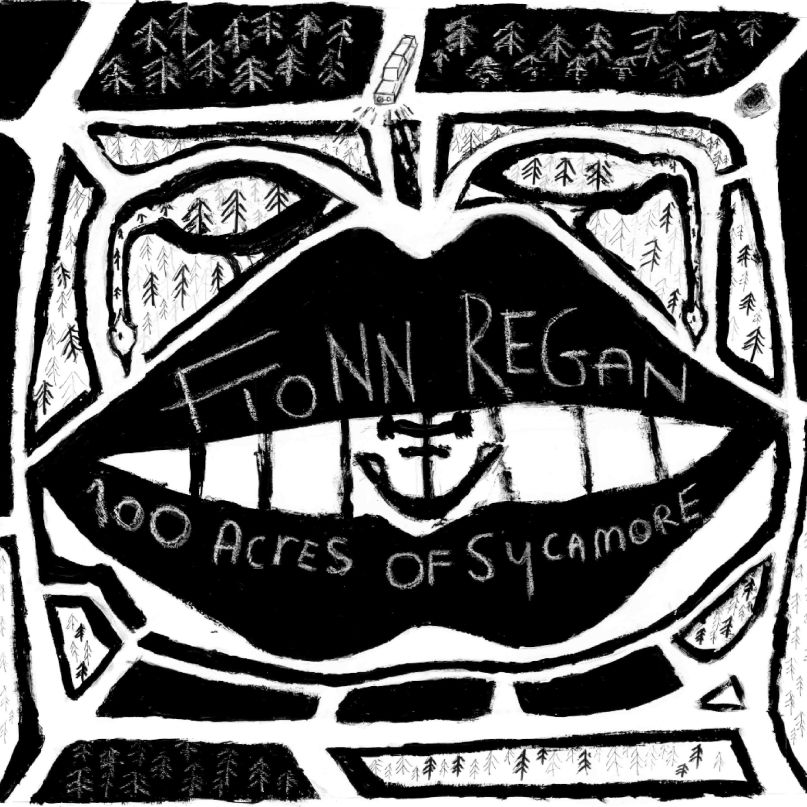 Fionn Regan‘s 2006 debut, The End of History, netted the Irish artist acclaim on both sides of the Atlantic with nominations for both the Mercury and the Shortlist prizes. For his sophomore follow-up, The Shadow of an Empire, Regan shifted from a folksy singer-songwriter style to a more uptempo electric guitar sound. The transition away from the acoustic plucking incited many a comparison to Dylan’s electric shift by fans and critics, albeit in a less divisive fashion, and felt like a deliberate tribute to the legend’s history-making moment. So, where does Fionn Regan go from here?

Regan’s third album, 100 Acres of Sycamore, marks a departure from his electric-tinged sophomore effort, but it’s not a complete return to the acoustic warmth of The End of History. While 100 Acres of Sycamore brings to mind Regan’s debut, orchestral textures offer a journey through new territory and give the album some of its best moments. On the opening title track, Regan’s pained guitar and vocal stylings interweave with ominous piano tones and mournful strings to create a lush sonic landscape with the portentousness one would expect from Nick Cave. The orchestral swells give an atmospheric accompaniment to “List of Distractions”, rather than overpowering its delicate beauty.

On the rustic “Sow Mare Bitch Vixen”, Regan throws political correctness out the window as he compares women to the animals of the song’s namesake while exuding such sincerity that it’s almost a send-up of the over-earnestness associated with acoustic singer-songwriter fare. Even with the shift in instrumentation, 100 Acres of Sycamore exhibits a sense of sameness in mood and arrangements. The album’s understated bleakness could be less uniform and more dynamic, but it’s still a pleasant listening experience.