Foxy Shazam – The Church of Rock and Roll 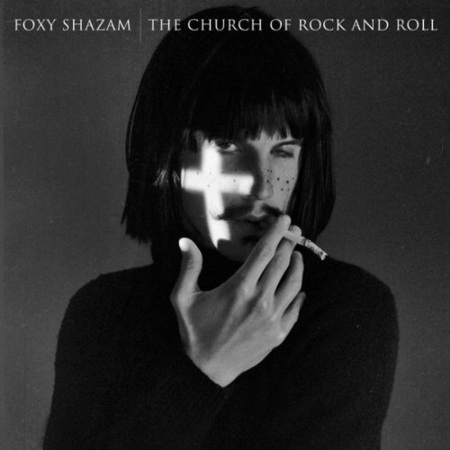 Do you remember when rock ‘n’ roll was fun? When you listened to rock to bang your head and yell the lyrics at the top of your lungs? If you don’t remember, or never have, well, it’s a shame. Bands like The Darkness, Electric Six, and Andrew WK have made rock fun again, and are continually trying to reclaim rock from the more serious folks. It’s easy to toss these bands aside as kitschy and over-the-top, but they just want to show you a good time. Foxy Shazam leads the pack. Their newest release, The Church of Rock and Roll, has crunching, blasting guitars, soaring vocals, and entertaining lyrics that will restore your faith in rock as a fun genre.

Right out of the gate, Foxy Shazam offers a track packed with big drums, high-pitched vocals, and the kind of guitars primed for mullets. How can you argue with a song called “Welcome to the Church of Rock and Roll”? Later on, lead single “I Like It” showcases one of the best opening lines to a chorus heard in ages: “That’s the biggest black ass I’ve ever seen, and I like it! I like it!” Cheesy, but come on – it’s delectable.

The entire album is driving, clever, and bombastic. Lead singer Eric Sean Nally’s voice is among the best, and his songwriting is unmatched. Foxy Shazam has placed themselves in the class of new rock. The Church of Rock and Roll is an album for a Friday night, a Monday that needs an extra push, or a Saturday that needs a little more cold beer and spandex. Act accordingly.

Essential Tracks: “I Like It”, “Last Chance At Love”, “The Streets”