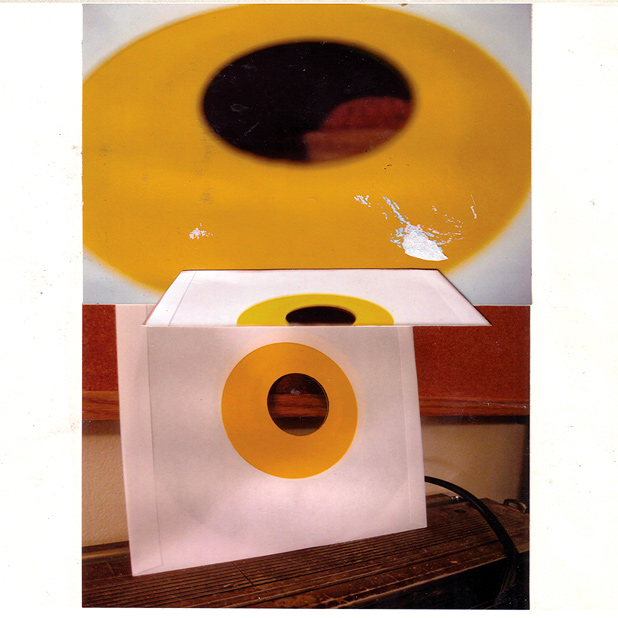 Robert Pollard’s last words on Guided by Voices‘ supposed swan song, 2004’s Half Smiles for the Decomposed, are “I’ve come to start up my head/Been closed and locked up/For far too long.” Perhaps Pollard was feeling constricted seven years ago and needed a break from the band that had brought him a loyal (albeit cult) following; regardless, he hardly shied away. Following the “swan song,” Pollard formed Boston Spaceships and even saw fit to add about a dozen solo albums to his increasingly sizable discography. However, whatever feelings he had seven years ago are now moot: Guided by Voices is blessedly back.

Cut to 2010. The classic mid-90s lineup reformed for Matador Records’ 21st anniversary, highlighted by the return of the great Tobin Sprout, and followed that by mounting a national tour. The fruits of the reunion have given us Let’s Go Eat the Factory, a record that truly recaptures that lo-fi sound the band rocked and reveled in for so much of their discography. The best part about the new LP is that it proves once and for all that the band doesn’t begin and end with Pollard. With Sprout back on co-pilot duties, Factory may not be Guided by Voices at its very best, but it’s certainly Guided by Voices at its, well, Guided-by-Voiciest.

The lo-fi is apparent from the onset. “Laundry and Lasers” starts off with a couple swings through guitar chords before Pollard’s voice pops in. Before long, the rest of the band is shaking the rakes and shovels off their mountings in the garage. The kids are running up the driveway to hear the sound they didn’t know they missed. Other lo-fi moments of pop perfection include the Sprout-led minute-plus of “God Loves Us”, which thrashes and punks its way through the allotted time slot, and “My Europa”, a guitar and vocal short stack that Pollard has mastered over the decades. Uncle Bob, Pollard’s nickname among adoring fans, can also claim responsibility for the mid-tempo charm that is “Chocolate Boy”, which is short but sweet (pun absolutely intended).

However, it is Tobin Sprout who is the unquestionable hero of this reunion, solely responsible for three of the album’s finest moments. “Spiderfighter” starts as a lo-fi guitar breeze-by before unexpectedly turning into a piano reflection of a refrain (“And now is the time/And make up your mind”). Unabashed decrees of love find their way to the beautiful oddity that is “Old Bones”, with synthesized lines on repeat and Sprout’s distorted vocals insisting his love is real. The third of these wonderworks is “Waves”, which is well on its way to becoming a bona fide GBV classic. The track’s simple yet powerful guitar riff could go on forever, a shining example of what Guided by Voices can do at their best.

There are some duds that simplistically slog along. “The Big Hat and Toy Show” wears out its welcome fast with its dull bass line and lifeless vocals. “The Things That Never Need” is a needless minute of tinkered dialogue over a piano line, and “Go Rolling Home” lingers too long, which says a lot considering it’s a 37-second song. Ultimately, not every song works, but since they’re so short, the album is hardly affected. After all, who could ever resist an album with a love letter to Krispy Kreme (“Doughnut for a Snowman”)?

Let’s Go Eat the Factory isn’t the end of the reunion. In fact, there appears to be no end in sight for this current and classic incarnation of Guided by Voices. Pollard and pals have another record due out this spring, and if this new offering is any indication, fans should anticipate it without any trepidation. There are cash-in reunions, and there are unwelcome reunions. This is a reunion done right. As Uncle Bob once insisted, “Don’t stop now.”