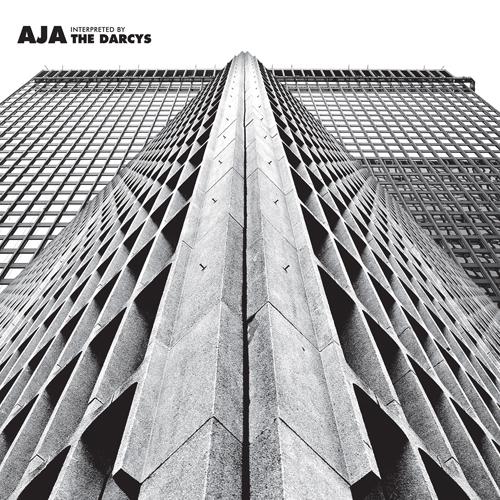 When an Aja-loving friend heard that Toronto band The Darcys were releasing a track-by-track tribute to the classic Steely Dan record, he e-mailed me, “Aja… cannot be duplicated or reinterpreted…I couldn’t think of a band that would be less appreciative of someone covering their material.”

Okay, he’s right. But the Arts and Crafts quartet can at least be given credit for lending relevance to a band that’s unfairly maligned in some music circles. Furthermore, The Darcys’ take, AJA, actually sounds pretty good.

Radiohead’s languid tempos and Jonny Greenwood’s throaty guitar drawl can be heard throughout this odd, bracing bugger of a tribute record. The Darcys go for a dark, dirge-like take on Aja standouts, bringing dissonant minor keys and hypnotic grooves to “Black Cow”, “Deacon Blues”, and “Josie”. Aesthetically distant from its source, you say? Not so fast. A strange kinship is afoot.

So if The Darcys’ dark-hued take on Aja seems off-base, it’s not. The band sonically unearths Steely Dan’s buried lyrical darkness, but there are missteps. The reinvented groove of “Peg” breezes like the airy brush of Broken Social Scene’s “7/4 (Shoreline)” without the heft needed for such a monster groove. The Darcys also disappointingly neglected the song’s killer horn melody and triple-hit snare drum turnaround.

The band tacks on moody passages to most of the record’s songs, though that’s questionable when paying tribute to Steely Dan, which vamps with the best of them. But it’s compelling nonetheless. The Mogwai-esque roar at the end of “Home at Last” crescendos to a tingling climax, a rare bit of sonic catharsis from a mostly restrained tribute. Altogether, this record sounds not like The Darcys stealing from Aja, much to the probable disapproval of Steely Dan, but instead taking Aja for itself. Fagen and Becker might actually like it, or at least appreciate it, nodding, “Cool, man.”