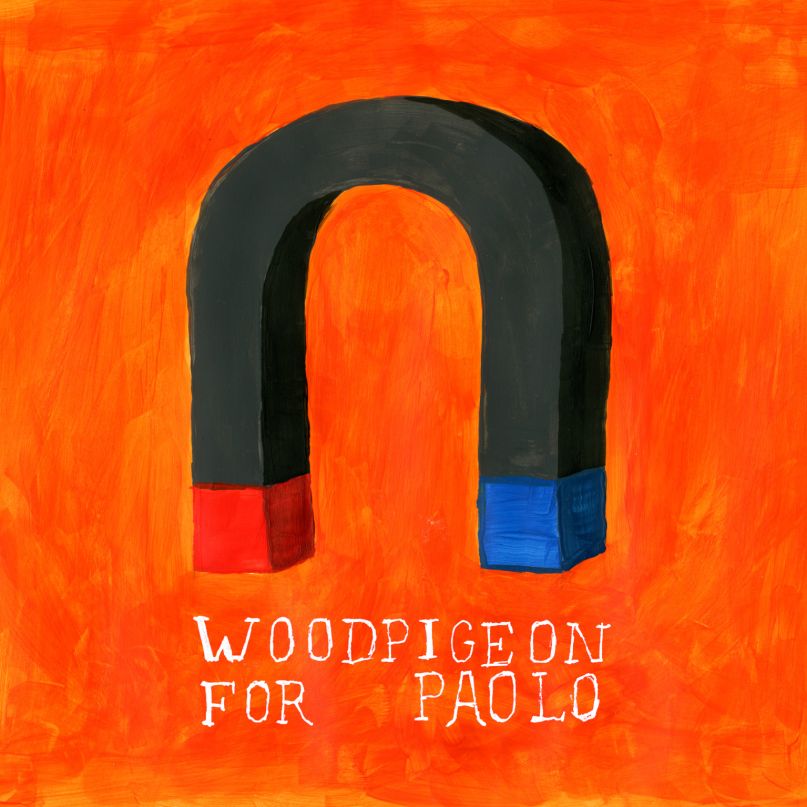 Impressively bearded Woodpigeon frontman Mark Andrew Hamilton designed his band’s new EP to emulate the cassettes that he used to listen to while riding around in his parents’ car. This breezy sense of looking back at Carole King and Fleetwood Mac is definitely done more in spirit than sonically, but the lithe, smooth indie pop that Hamilton and Co. come up with on the For Paolo EP could be the soundtrack to a new generation of night cruising.

Originally formed in Scotland as Woodpigeon Divided By Antelope Equals Squirrel, the now Calgary, Alberta based eight-piece have released three albums over the past two years and seem poised to keep pushing on throughout the new year. The set opening title track drifts by on bobbling guitar picks, subdued string flourishes, and breathy Iron and Wine vocals, harmonizing particularly sweetly as the song fades out. The Sufjan Stevens-y “Are You There God? It’s Me Mark” relies on lilting female backing vocals, fluttering violins, and lots of dramatic acoustic guitar.

Perhaps the most successful song of the bunch, though, would be “One To Many”, a dark-tinged, shadow-strewn track full of dismissive talk and lingering string attacks. When Hamilton moans that “we’ll talk about next to nothing now,” the floating, dripping female harmonies behind him seem misplaced. The vocalist is insisting that he’s watching his old flame from afar, so a female vocal so closely echoing his every word doesn’t quite match up. The play-acting imagery in the lyrics, though, reinforce the idea that this lost love was built on distance and insincerity. Whatever missteps Hamilton makes in the complex arranging, his overwhelming understanding of pushing through to big, dramatic soundscapes is real. These songs are instantly familiar and insistently powerful, making them perfect for those late night car rides.

Essential Tracks: “One To Many”, “For Paolo”