At the Drive-In reunites 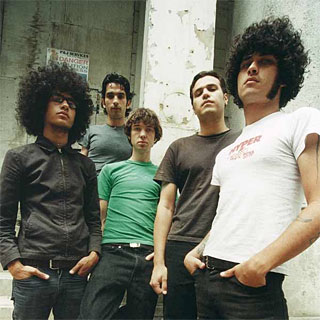 Post-hardcore innovators At the Drive-In are set to reunite after 11 years, according to the band’s official Twitter account. ”ATTENTION ! To whom it may concern: AT THE DRIVE-IN will be breaking their 11 year silence THIS STATION IS NOWOPERATIONAL,” the tweet reads.

Comprised of Cedric Bixler-Zavala, Jim Ward, Omar RodrÃ­guez-López, Paul Hinojos, and Tony Hajjar, the band released three albums during their nine year existence between 1993 and 2001. They played their latest show on February 21st, 2001 and announced a permanent hiatus soon thereafter. In the years that followed, Bixler-Zavala and Rodriguez-Lopez formed The Mars Volta, while Jim Ward, Paul Hinojos, and Tony Hajjar began Sparta. Hinojos would later leave Sparta to join The Mars Volta.

Below, you can watch the band perform “One Armed Scissor” on The Late Show with David Letterman in 2001.