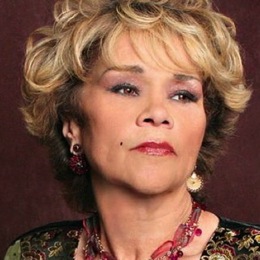 Legendary singer Etta James has died, according to CNN.com. The 73-year-old Los Angeles native was diagnosed with leukemia in 2010 and had been deemed terminally ill last December.

Born Jamesetta Hawkins, the blues and soul powerhouse first saw success in the mid-1950s with her single “The Wallflower (Dance with Me, Henry)”. Soon thereafter, she signed with Chess subsidiary label Argo and continued her rise to stardom with songs like “A Sunday Kind of Love”, “Trust Me”, and “At Last”.

James continued to produce critically acclaimed albums throughout the 1970s and also served as the opening act for The Rolling Stones’ 1978 tour. However, a lengthy battle with heroin addiction hampered her career during much of 1980s.

A revitalized James signed with Island Records in 1989 and then with Private Music in 1993. Her subsequent albums varied in style, including the raw blues of her early records, as well as jazz and R&B elements. In 1993, James was inducted into the Rock and Roll Hall of Fame .