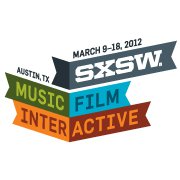 We’re still two months away from South by Southwest 2012, but today the schedule for the music portion went live, adding a slew of new names to the bill. Previously confirmed acts include Built to Spill, The Magnetic Fields, Talib Kweli, Against Me!, Grace Potter and the Nocturnals, Cloud Nothings, and a keynote speech by Bruce Springsteen.

Update: As a number of readers have pointed out, several acts listed on the festival’s schedule yesterday have since disappeared, including Best Coast, ASAP Rocky, Dan Deacon, Zola Jesus, YACHT, Nicolas Jaar, Azari & III, Bear In Heaven, Caveman, Anika, Cerebal Ballzy, and Charlift. According to festival organizers, this is the result of a number of reasons, including incomplete paperwork. It’s also possible that an artist initially applied to play the festival, but has since changed its plans. As of now, it’s unclear which of the aforementioned acts will end up playing. Stay tuned to our Festival Outlook page for lineup additions and updates.

Update: Despite previously being on the lineup, The Polyphonic Spree are no longer slated to play the festival.

Check out the complete lineup at our Festival Outlook. And stay tuned for additional lineup news and updates — typically, the biggest acts aren’t revealed until just days prior to the festival.

The music portion of South by Southwest 2012 runs March 13-18th in Austin Texas. Registration is now ongoing, with various types of badges to chose from. Click here for all the details.