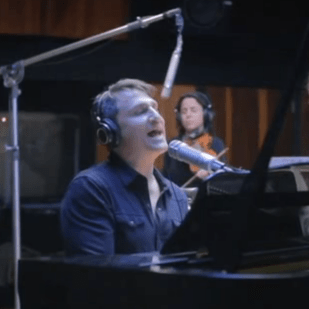 On January 31st, Leonard Cohen will release Old Ideas, his first studio album in eight years. In honor of his return to the spotlight, Columbia Records is holding a cover series called Old Ideas With New Friends, where various musicians and devotees rework classic tracks from Cohen’s catalog.

Kicking off the series is Afghan Whigs head honcho Greg Dulli‘s cover of “Paper Thin Hotel” (from 1977’s Death of a Ladies’ Man). In explaining his decision to tackle this particular cut, Dulli said it ranked as one of his favorites, adding, “I wanted to do a version of this song because I think they might be my favorite set of Leonard Cohen lyrics. I think they kind of explain and validate love all at the same time.” The resulting performance feels incredibly personal and romantic, with Dulli’s jagged vocals a great companion to the classical-sounding violin. Watch it below.

Other participants in the series are to include Deerhunter’s Bradford Cox, Old 97s’ Rhett Miller, Cold War Kids, and The New Pornographers’ A.C. Newman. Stay tuned for more on those performances.