Video: The Avett Brothers cover Bob Dylan’s “One Too Many Mornings” on Fallon 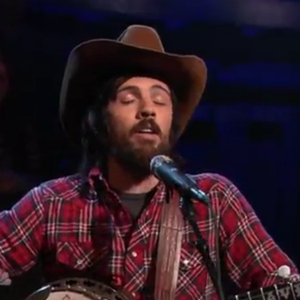 To support the January 24th release of Chimes of Freedom: The Songs of Bob Dylan Honoring 50 Years of Amnesty International - the awe-inspiring 75-track, four disc set benefiting Amnesty International – The Avett Brothers stopped by Late Night with Jimmy Fallon last night to knock out their own rendition of Dylan’s “One Too Many Mornings”. Although originally released on Dylan’s 1964 LP, The Times They Are a-Changin, the song developed its own storied history throughout the years following. For context’s sake here, check out the track’s version featuring both Dylan and Johnny Cash together, recorded during Dylan’s Nashville Skyline-era – so, roughly 1969.

If you’re thinking 6 Degrees of Rick Rubin here, you’re a smart cookie. Rubin, who’s producing The Avett Brothers next LP, recorded the Avett’s cover for the Amnesty effort, working off of the same 1969 recording you’re about to hear. If you’re familiar with Cash’s American Recordings work, then you’ll know Rubin and the country folk legend were sort of an item. Strange stories, huh? Shortly after your brief history lesson, check out The Avett Brothers’ terse yet sweet performance below, courtesy of The Audio Perv.

As aforementioned, The Avett Brothers’ highly-anticipated followup to 2009’s I and Love and You is due out this Spring. As Rolling Stone reports, the band “recorded more than 20 tunes in Asheville, NC, last year.” Stay tuned as this story develops, and in the meantime, pick up a copy of Chimes of Freedom: The Songs of Bob Dylan Honoring 50 Years of Amnesty International on January 24th. It’s for charity, man.