Video: The Mountain Goats debut “In Memory of Satan” 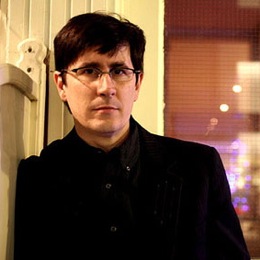 Last night in Tallahassee, FL, The Mountain Goats previewed yet another new song from their upcoming 14th album, tentatively titled Transcendental Youth, with the ballad “In Memory of Satan”.

As frontman John Darnielle told Rolling Stone recently, the song isn’t an homage to El Diablo, but rather a metaphor for isolation and loneliness, adding, “Everyone has spent those years, or maybe entire seasons, indoors where you don’t really leave. That’s when you go into the inner realms of the spirit. This guy’s in hiding, and it’s this most spiritual realm. That old saying holds here, that you can’t be in a cave unless there’s an exit, or else it’s a grave.” The band tackles the heavy lyrical content with breezy instrumentation that belies the message with an almost sappy blast of straight-ahead, slightly somber pop.

Stay tuned for additional album details, including a release date. In the meantime, fans down south can currently catch the band on the road; their upcoming tour dates are listed just below the clip.