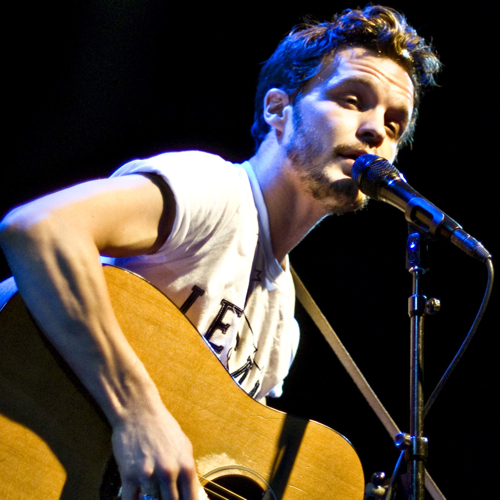 Last night, Kristian Matsson (aka The Tallest Man on Earth) appeared on the Swedish TV show PÃ¥ SpÃ¥ret, as TwentyFourBit points out. Backed by a full band, Matsson performed two songs: the Swedish folk tune En Fattig Trubadur” and a Swedish-language cover of Thin Lizzy’s classic Dancing in the Moonlight (Its Caught Me in Its Spotlight). Thanks to the supporting musicians, Matsson’s rendition of “Dancing” showed off a more lush, intricate sound, one that was as recklessly rocking as it was folksy and insightful. Watch the full performance here (skip to the 51:30 mark for both cuts).

In addition to the performance, we now have our first taste of Matsson and Amanda Bergman’s soundtrack to director Gorki Glaser-MÃ¼ller’s film Once A Year. The minute-long teaser clip features the song “Some Will Spare You, which continues the Tallest Man tradition of lonesome, sullen-sounding folk tunes. Check it out below (via TwentyFourBit).