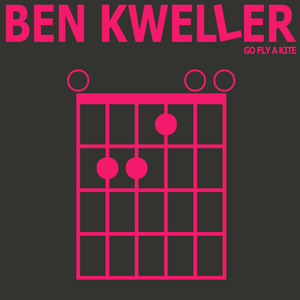 Liking Ben Kweller is not dissimilar to liking Ryan Adams, Coldplay, Ben Folds, or for that matter, Bon Jovi. None of those artists have any great sonic or stylistic similarities, but they do all share one common trait. Admitting one’s affection for any of them will inevitably result in an eye roll, sneer, look of disgust, or any other number of disapproving gestures from your local scenester. In the same way that Coldplay plays uncool stadium-sized piano ballads and Bon Jovi plays uncool, silly arena rock, Ben Kweller has spent his career making a very uncool style of music—hooky, melodic, and sappy power pop. But, in Kweller’s case, just because it’s not cool, doesn’t mean it’s not good.

Kweller—who was something of a cult figure due to the success he had at a very young age with his band Radish in the 1990’s—made four solo records over the last decade that garnered him some critical acclaim, some backlash, some modest hits (see “Wasted and Ready” from 2001’s Sha Sha), and some appearances on late night television. All in all he has enjoyed a pretty nice under-the-radar career as a musician who turns out obviously derivative, but equally endearing takes on pop, garage rock, folk, and country. And where his music has always been good and his songwriting adept, he’s the type of artist that just doesn’t ever seem to generate much excitement, which is more a critique on the listener than the artist.

“Don’t regret anything I ever did, because I always knew where I was coming from,” is a hard lyric to ignore on “Mean to Me”, the opening track of Go Fly a Kite—the 30-year-old Kweller’s fifth album under his own name. It’s the record’s best song with its gritty guitar riff, pumping power chords, and an attitude that says “F you if you don’t like me.” He knows you’ve heard this chord progression before, but he doesn’t care.

From there, Kweller does what he does best—mesh all the influences we’ve all heard a thousand times (The Beatles, Dylan, Beach Boys, Neil Young, Tom Petty, Etc.) into a bunch of three to four minute easy-listening pop songs.

“Out The Door”, another of the record’s strongest tunes, is a rambling up-tempo country number that finds Kweller channeling both Jeff Tweedy and Gordon Gano of the Violent Femmes, while “Jealous Girl” has Kweller and his band getting their E Street shuffle on. The simple piano hook and “Oh, oh, oh” lead-in to a chorus about a controlling girlfriend sounds like it’s straight from Asbury Park, but it also is a prime example of why Kweller is a talent greater than meets the eye. He clearly isn’t trying to hide his influences or affection for classic artists, but he possesses enough wit and prowess to take something great and recreate it without sounding like a rip-off artist. It’s a fine line and that most, unfortunately, find themselves on the other side of.

Kweller has always sounded better when he’s rocking, as he does in the songs previously mentioned, but when Go leans towards the more subdued and reflective, that’s where he can sound too much like any other number of forgettable singer-songwriters. Nothing here is unforgivable, but piano ballad “The Rainbow” and the twangy “I Miss You” just come off as average. But he redeems himself with the bouncy Tom Petty-style acoustic jam “Full Circle”, and “Time Will Save The Day”, which is a Weezer song that would make Rivers Cuomo himself jealous. It’s the latter song, coming late in the record, which indicates even Kweller knows that after he has strummed it out, it is best to leave the power in his pop.

While it’s important for the music industry to have daring artists willing to push the limits of what music can be and how it’s perceived, it is equally as important to have artists that pull us back every now and then and remind us what we liked about it in the first place. Go Fly A Kite makes a respectable argument that Ben Kweller is of the second type.