Estelle – All of Me 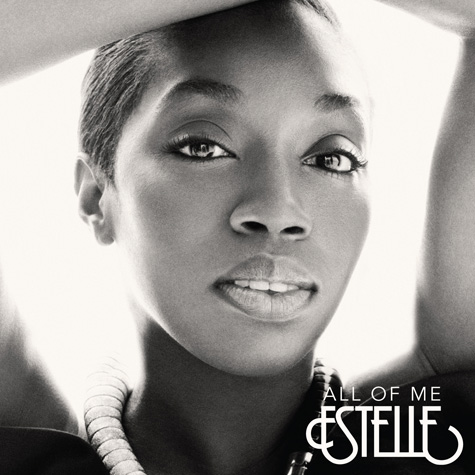 There were a number of hold-ups in the process of getting Estelle’s album released in a post-Nicki Minaj world, one in which her R&B/neo-soul scene has been largely overtaken by newcomers. 2008’s Shine won over more than a few American boys, showing a vocal flexibility in the most glamorous and disco-popping of ways. Who can imagine 2008 without reciting Kanye West’s “American Boy” verses  (“Before he speak his suit bespoke/And you thought he was cute before/Look at this pea coat, tell me he’s broke!”)? Estelle grew confident in both singing and rapping in multiple genres, and also had the luck to have big-name producers (Mark Ronson, Swizz Beatz, Will.i.am) on hand, as well as noteworthy guest appearances (Cee-Lo Green, Kanye West).

Now, with a Rick Ross assist, she returns to the game on “Break My Heart”. After an annoyingly over-the-top start–wannabe dance-club anthem “The Life”, and “International (Serious)” which unfortunately features Chris Brown–Estelle has nowhere to go but up for the remainder of All of Me. She gets away with the retro-soul vibe on “Love the Way We Used To”, while the funky “Do My Thing” featuring Janelle Monae empowers. Estelle is at ease making soul-pop gems like this, songs that don’t require too much thinking.

The classroom conversations that are inserted as interludes, just like Estelle’s favorite album The Miseducation of Lauryn Hill, are dated, and if it’s done in tribute, it’s the least she could do. The downside of All of Me lies in the fact that this album arrived just a little too late. Since Shine, Estelle was eclipsed by Adele and the ghost of Amy Winehouse. If she can build upon what’s here and deliver it at a quicker rate, she might have a chance of rising to diva status.

Essential Tracks: “Wonderful Life”, “Break My Heart”, and “Back to Love”