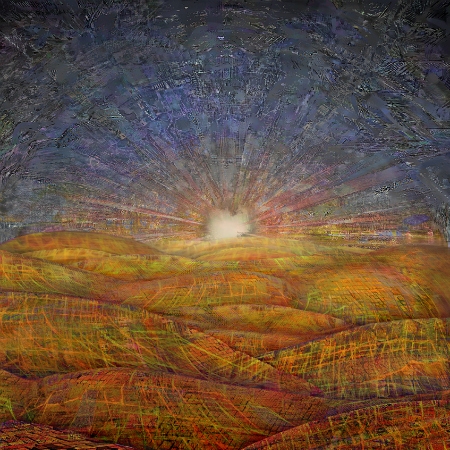 It’s been a rough couple of years for bands tied to folk-tronica. The genre has become contemporary easy listening built to soundtrack an overpriced sushi dinner in a chic hotel restaurant, or perhaps music that gets drowned out by the roar of a Starbucks frother. Critical respect has been lagging, but a new bright spot has appeared in Hundred Waters.

The group’s self-titled album debut builds upon their EP by crafting a tapestry of 60’s British-inspired folk updated with contemporary electronic flourishes. On album opener “Sonnet”, it becomes clear that this is a band with a unified musical vision and a tightness akin to jazz musicians. On “Visitor”, vocalist Nicole Miglis’ breathy vocals wash over rippling synths before everything morphs into a percussion-heavy head banger, a word not typically associated with this style of loungy electronica, yet the Gainesville, FL sextet pull it off.

Hundred Waters is at its best when space is given for a song to breathe, as on album closer “Gather”. Stripped down to Miglis’ somber voice, piano, and cello, the result is haunting. Tranquil lullaby “Caverns” finds Miglis channeling BjÃ¶rk, delving into the depths of a cavern on a lazy boat ride, as drops of water trickle down from the stalactites. This close tie to nature continues on “Boreal” where Miglis moves everything to a forest scene.

There’s a glut of sound packed into most tracks, which works both for and against the band. While it makes for an interesting spin, it restricts the listener from completely engaging each track. The ADHD-like shifts peppered throughout illustrate the band’s incredible talent, but at times the erratic demonstations come across as a band flexing their musical muscle for the sake of it.

There’s a lot to love here despite its flaws, and the band stands to have a break out year – that is, if audiences can keep a patient ear. True song craft and musicianship is at work within Hundred Waters, and that warrants some serious attention.