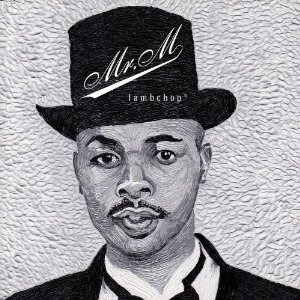 Throughout my years of listening to Lambchop, in my search for self-fulfillment, I’ve tried to coin many a clever term to describe Kurt Wagner and his baseball-capped, idiosyncratic take on Americana:

Should probably just stick with unclassifiable, but whatever.

The point is that Lambchop’s music, throughout two decades, has always paid a sort of tongue-in-cheek reverence to everything it emulates. Whether it’s the bombastic folk-funk of What Another Man Spills, the larger-than-life country daze of How I Quit Smoking, or this new collection of Burt Bacharach-in-a-Catskill-Mountain-hotel-lobby ramblings, it always feels as if it’s the work of a songwriter so deeply disillusioned with the world around him that he can’t really even love the things he truly loves: musical genres, cigarettes, baseball caps, his wife, hell, even love itself. Every song embraces a musical aesthetic and subject matter while simultaneously distancing itself from and turning its nose up at it, if that makes any sense whatsoever. It’s a band that hates the very things it loves, no matter how beautiful that bitterness ends up sounding.

In these ways, Mr. M, Lambchop’s 11th (count ’em) full-length record, is no different. No matter the song’s content, here Wagner always sounds as if he’s been crying for so long that he doesn’t even have the energy necessary to weep anymore. Instead, he just sort of lets his words spill out, stumbling over the beautiful, occasionally perplexing orchestrations: blooming strings, blossoming pianos, all sorts of percussion, tremolo-electric guitar swells, and the best use of phone conversation samples this side of Drake’s Take Care.  He’s the drunk uncle at a family gathering, reeking of cigarettes and telling jokes just funny enough to warrant a few chuckles, but just sad enough to make you feel sorry for the guy.

The first track, “If Not, I’ll Just Die”, even has its narrator hiding away during an elongated family function, ostensibly as somebody’s uncle and more than likely drunk. “Don’t know what the fuck they talk about,” he croons like Frank Sinatra finally cracking onstage, loving every minute of it.

But on Mr. M, there also seems to be a whole new beast emerging, or at least maturing into a well-rounded monster of elegance. This time around I’m calling the band’s sound “intermediate listening,” no matter how stupid that sounds. But wait, hear me out.

This record is filled to the brim with just barely experimental, pitch-perfect lounge music, music so deliberately lush and “high-class” that it can only be seen as some sort of commentary on how that very music no longer achieves its goals of elevated elegance. In so many words, it sounds deliberately washed up, purposefully out of date rather than retro. This record is so unabashedly elegant, so damn smooth and melodic, so downright gorgeous, it almost sounds like something you’d hear in an elevator or at a tailor. At a distance, I’ll go as far as to say it sounds fucking boring. But permeating each superficially “easy” song is a sense of dread, nostalgia, disillusionment, fear, and aesthetic dissonance. The dissonance is so slight, it could even be missed altogether. Hence “intermediate listening.”

“Gone Tomorrow”, the record’s true standout, for instance, has a three-minute progressive breakdown of classical orchestrations, like an easy listening bed caving in on itself. It’s also catchy as hell. It ends with fluttering strings and then a bass drum of death so spaced out it could be a funeral march. “Gar” is an instrumental fairy tale, its sad undertones balanced out by its beauty. The hotel lobby is nearly empty, the furniture is peeling, the ceiling is molding, something is very wrong, but the band plays on, simultaneously embracing and channeling the decrepitude.

“Fear makes us critical, knowledge is difficult,” Wagner half cries, half proclaims on the record’s title track. Those are the sorts of ideas that make Mr. M such a perplexing, lovely listen. It’s the knowledge that none of this makes sense, that all the crystalline gorgeousness is coming from a deeply disturbed, sad place of embitterment.

Dedicated to the late Vic Chesnutt, Mr. M will stand as one of Lambchop’s finest, most cohesive, and easiest straight-through listens yet, despite its intermediate tendencies. It’s a record whose imagery will confuse and beckon while its instrumentation will smear a grin across your face. Just don’t write it off as background music, unless you’re too drunk to give it your full attention. Though, Wagner would probably be okay with that, too.