Paul McCartney – Kisses on the Bottom 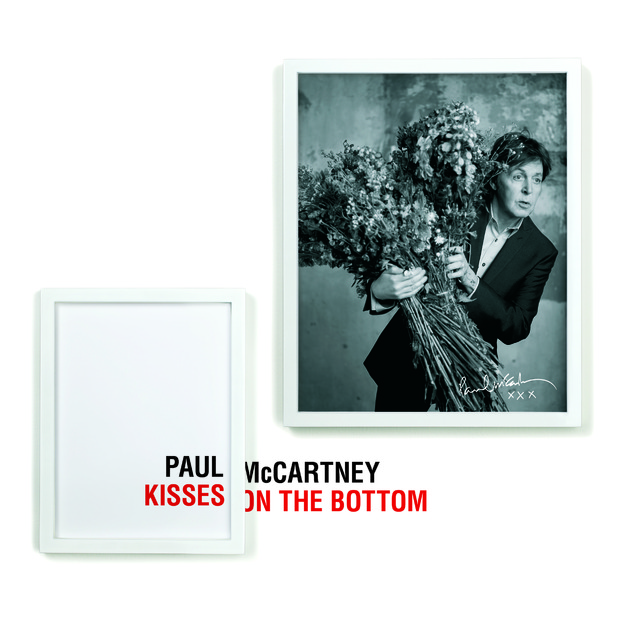 You can’t sleep. You’ve managed to scrounge up enough money to afford a weekend in a nice, five-star hotel. Congratulations. You’ve earned it. You don’t wear a robe at home, but since the hotel was nice enough to provide you with one, you opt to wear it on your trek to the ice machine down the hall. No matter how nice the hotel room, there’s never enough ice. You fill up your ice bucket, careful not to get any on the tiled floor, and make your way back to your room. Maybe your significant other is waiting for you on the other end of the door, but it’s your imagination, so I’ll leave it up to you.

You reach into the pocket of your expensive robe for the keycard with one hand, while holding onto the bucket of ice with the other. You pop the key into the electronic lock, the light goes green, and just as you’re about to open the door, you hear music coming from the hotel lobby, located (of course) directly below the indoor balcony on your floor. There’s the twinkling notes of a piano, the unmistakable sounds of an upright bass, and, oh yeah, Sir Paul McCartney singing “I’m Gonna Sit Write Down and Write Myself a Letter”.

“What the what?” you rightfully ask, with no one but Macca and the desk clerk to hear you. It’s no big deal; they’ve been hearing it all night. “Paul McCartney? With Dianna Krall, a.k.a. Mrs. Elvis Costello, on piano? Playing pop standards? Not being terrible?”

“That’s right,” McCartney answers, adjusting his bow tie. “I’ve been here in this hotel playing songs from my new record, Kisses on the Bottom. I wanted to make an album filled with music I loved growing up, but didn’t want it compared to Rod Stewart’s Great American Songbook series, or even Ringo’s Sentimental Journey from 1970. I figured the best way to go about doing that was to get together with legendary producer Tommy LiPuma, who has worked with everyone from Barbara Streisand to George Benson.”

“Let’s not go down that road,” McCartney says. “Anyway, I was able to get the lovely Dianna Krall here to join in on the recording sessions, along with a couple of Rock N’ Roll Hall of Famers: Eric Clapton and Stevie Wonder.”

“Tell me you guys remade ‘Ebony and Ivory’.”

McCartney looks disgusted, and brushes off your hopes and dreams.

“The album features two originals. Eric assisted me with his incomparable acoustic skills on ‘My Valentine’, while Stevie played a great harmonica solo on ‘Only Our Hearts’. Would you like to hear them?”

Fortunately, McCartney has a portable sound system with him. He’s kind enough to turn it on and play Kisses on the Bottom for you. It is different from the attempts that Stewart and others laid out. There is something very mellow, very laid back on McCartney’s version. There are orchestral flourishes here and there, but they never come across as overbearing, nor do they push the record into the dreaded territory known only as “schmaltz.” The classic “It’s Only a Paper Moon” is brightened by fiddle and acoustic guitar, whereas “More I Cannot Wish You” proves that Macca can still register as a tenor at the tender age of 69. His rendition of Irving Berlin’s “Always” features the album’s finest use of orchestra, with the strings entering the picture at the halfway mark. Again, very calm without any forced “sweeping” moments.

“Very good, Sir Paul,” you say in a pleasant tone. “Surprisingly so.”

“Maybe it’s a little too long? I mean, did you have to include ‘Ac-Cent-Tchu-Ate the Positive’? Haven’t we heard this song ad nauseum? The same could be said for ‘The Glory of Love’. Don’t tell me they’re all classics, I know that. But other classics haven’t been done to death. I guess that’s my chief complaint: it goes on too long.”

McCartney shrugs. “Not everyone’s going to like it. A lot of people gave up on the collection the moment they found out the album was titled Kisses on the Bottom. You know, it’s from ‘I’m Gonna Sit Right Down and Write Myself a Letter’: “I’m gonna write words oh so sweet/They’re gonna knock me off my feet/A lotta kisses on the bottom/I’ll be glad I got ’em.”

You laugh, and can only reply, “Everyone’s a critic, Sir Paul. The Internet’s full of ‘em. But Kisses on the Bottom is a respectable collection from a pop mastermind; a group of songs you can fall in love to, or remember falling in love with. It’s nice to get away from the noise every once in a while, and this record does the trick.”

You bid him farewell and walk back to your room. You remembered the ice bucket, and on your way back you hear Paul sing his rendition of “Home (When Shadows Fall)”. A pleasant night’s sleep will no longer be an issue.

Essential Tracks: “Home (When Shadows Fall)”, “It’s Only a Paper Moon”, and “Always”