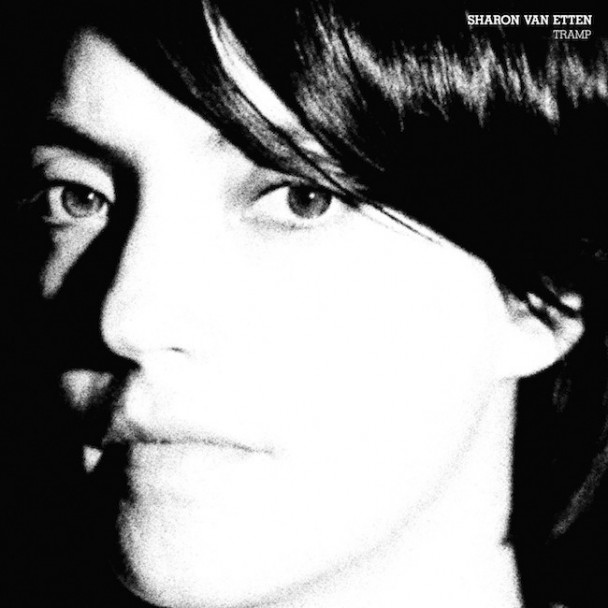 To be Brooklyn singer-songwriter Sharon Van Etten is to be a soldier without an army in the war zone that is pop music. She’s far too dark and moody to be compared to poppier acts like Ingrid Michaelson or Ellie Goulding, and she’s not quite eccentric enough to be lumped in with St. Vincent or tUnE-yArDs. Van Etten’s place, it would seem, is to forge her own career of relatable, yet artistically progressive folk-rock. On her third LP, Tramp, she does just that and so much more.

Van Etten’s skill as an earnest troubadour is undeniable. Her true talent, however, rests in her ability to make the most out of the basic components of song-crafting. Any singer-songwriter’s true bread and butter are lyrics, and Van Etten’s content defines minimalism without losing impact. In “Kevin’s”, Van Etten reveals, “If it were all up to me, I would say, ‘Come up to these truths instead,'” simultaneously expressing a lack of power in the universe and an almost naive optimism.

The album’s true lyrical gem, though, is “Give Out”. Here, Van Etten starts romantically, fighting her own self-doubt to act as a pillar for someone she loves, singing, “I’m biting my lip as confidence is speaking to me/I loosen my grip on my palm, put it on your knee.” Keeping the sentiment alive, she underlines it with a hint of personal ineptitude and detachment with the line “In my way, I say you’re the reason why I’ll move to the city or why I’ll need to leave.” Aside from their poetic flow, her lyrics display layers of emotion and years of personal turmoil.

Van Etten doesn’t always have to say something profound in order to connect with the listener and describe feelings and events. Oftentimes, she just needs the sound of her voice and its various inflections. Van Etten’s voice always sounds pained, but in “Leonard”, there is something especially damaged about it, as if she were on her last legs, emotionally and physically, ready to crumble under the weight of the world. Even still, there’s a thread of hope in the quiet whisper of the song’s last half. “Magic Chords” sees Van Etten at an almost sensual high, her voice brimming with a kind of lusty, alluring energy. It’s one part jazz singer, one part sexline worker (but with loads of class), and 100% spellbinding.

In terms of developing each song’s central mood, even the power of Van Etten’s voice pales in comparison to the instrumentation’s ability to establish the intended feel. “In Line” feels almost too empty, left to ride on Van Etten’s voice and some random saxophone. In the beginning, the crash of drums feel like footsteps, used to distract, but by the end, they feel like someone’s running right for you with the worst intentions. In “We Are Fine”, the song’s folksy strum and rural feel meld brilliantly with the song’s message of “we’re doing OK.” With the possibility that the whole notion could be lip service, the subtle choice of instruments is all that more brilliant. A similar dichotomy is found in “I’m Wrong”, which matches a potentially sarcastic/argumentative message with angelic swells of chimes and vocals.

Rather deliberately, Van Etten’s best musical traits can be broken into individual categories. As immensely well done and enjoyable as the aforementioned cuts are, they also feel incomplete. For whatever reason, Van Etten tends to make one skill the focus of each song. So, while a track may be strong lyrically, it often suffers in terms of musicianship or mood. That’s not to propose that they’re not strong in the other, non-focused areas; rather, it’s just that their apparent lack is clear and abundant. The problem, then, is that Van Etten seems to have difficulty integrating several ideas at once, making even really impactful tunes less mesmerizing than they could be.

Van Etten has all the right tools to make a great album. If she wants to truly make exceptional pieces of work, as she seems to be on the cusp of doing, she’s going to need to do something drastic, whether it’s taking a huge leap out of her sonic comfort zone or introducing a like-minded producer. Something simple, yet revelatory needs to occur before Van Etten rises above the ranks.

Essential Tracks: “Give Out”, “Magic Chords”, and “We Are Fine”