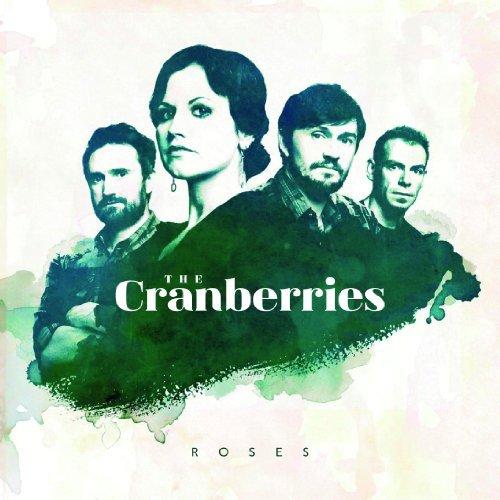 Although it’s been more than 10 years since The Cranberries’ last studio album, the band’s 2012 crop, Roses, simply picks up the melodic strains of yesteryear and carries on. The reformed quartet continues to showcase the distinctive Gaelic lilt of vocalist Dolores O’Riordan over chiming guitars, silken strings, and military rhythms. With longstanding producer Stephen Street at the helm, the overall effect is pretty seamless. There’s a sense of mutual respect that shines through the tight ensemble playing. The record shows a certain growth and maturity, but if you were hoping for a sharp left turn in musical direction, you won’t find it here.

Roses beds in quickly with arguably the two strongest cuts first up. “Conduct” is a compelling starter, developing an argument for saving a relationship as sentiments move from a position of “Now it’s too late, I can see that we should not be together” to that of “When we get along, we’re really strong”. The battle tone is neatly set by martial drums in the opening instrumental build and resolved through a progressive melody colored by O’Riordan’s assertive vocal. It’s followed by an equally classic Cranberries cut in the shape of “Tomorrow”, an older and wiser call to cast angst aside and seize the day. Its breezy melody is decorated with crisp guitar picking, and busy percussion finds O’Riordan in that smooth, effortless gear of hers.

The opening songs represent a high ground that the rest approaches but does not quite reach. While the music continues to flow  and lyrics duly explore elements of love, sex, and death, the path is a well-trodden one. We reach a subdued yet heartfelt ending in the ghostly title track. “Life is no garden of roses, more like a thistle in time,” O’Riordan intones in breathy phrases, squeezing out mortality among the crescendos. It is a sparse, melancholic turn that takes a bit of sheen off the tuneful heart of the album, yet sits well against the more contemplative material, such as the gentle electronica of “Fire & Soul”.

In contrast, the strident rocker “Schizophrenic Playboy” seems destined to be a crowd pleaser, designed to be played loud live and even sung along to lustily as it warns of sexual predators. The violin break in the bridge is a nice counter to the raunchier progressions. The Kinks-like “Waiting In Walthamstow” adds further variety. The North-East London district hasn’t enjoyed too many moments in the sun musically, even though its dog racing stadium graced the cover of Blur’s Parklife. Yet the way O’Riordan eases its syllables into the lyric, we could be talking Paris in spring.

“Show Me” could do with a similar spark of originality. It’s a bit too radio-friendly for its own good and comes across as a composite Cranberries song without real finesse. All the elements are there, from punchy strings to potent guitars with a beefy chorus accented by powerful percussion, but as a song, it doesn’t convince. It’s a rare flat spot. Much better is the wistful, dream-like “Astral Projection”, in which the signature big chorus plays out far better against the softer verses.

Taken as a whole, the album conveys a sound that is uniquely Cranberries with the production polish you’d expect. Arguably mellower, definitely matured, Roses is a collection that will please more than enough people to chart without quite winning best in bloom.