Check Out: Fucked Up – “Year of the Tiger” 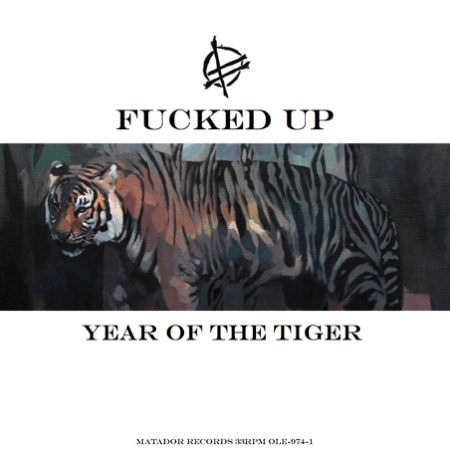 As reported, Fucked Up return this week with Year of the Tiger, the latest installment in their ongoing Chinese Zodiac singles series. Described by the band as honestly one of the best things weve ever done, the track spans some 15 minutes and features acclaimed filmmaker Jim Jarmusch, Austra, and Annie-Claude DeschÃªnes of Duchess Says. Stream “Year of the Tiger”, along with the four previous Zodiac singles, below.

The 12″ single, backed by a “22-minute long palindromic drone” entitled “ONNO”, is available now via Matador. A portion of the proceeds will go to the Save the Tiger fund.