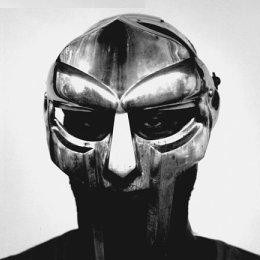 Masked rapper/world conqueror DOOM first collaborated with genre-bending producer/rapper Jneiro Jarel as JJ DOOM on the track “Rhymin’ Slang”, which Dave Sitek later remixed for Lex Records’ 10th anniversary compilation. The duo have joined forces yet again to record a joint album entitled Key to the Kuffs, due out this May via Lex Records.

The first track to surface from the detail-less LP, “Banished”, is a hodge-podge of noises and intents, equal parts electro banger and rumbling synth jam. No matter where it lies musically, DOOM once more unleashes his lyrical barrage, citing everything from Devo to spoiled bacon, with stunning enthusiasm. Stream it below (via Pitchfork).

The Dave Sitek remix of “Rhymin’ Slang” can be heard here. On February 21st, JJ DOOM will DJ together during a Boiler Room session; that event can be streamed in full here.