Dusting Em Off: The Cranberries – Everybody Else Is Doing It, So Why Can’t We? 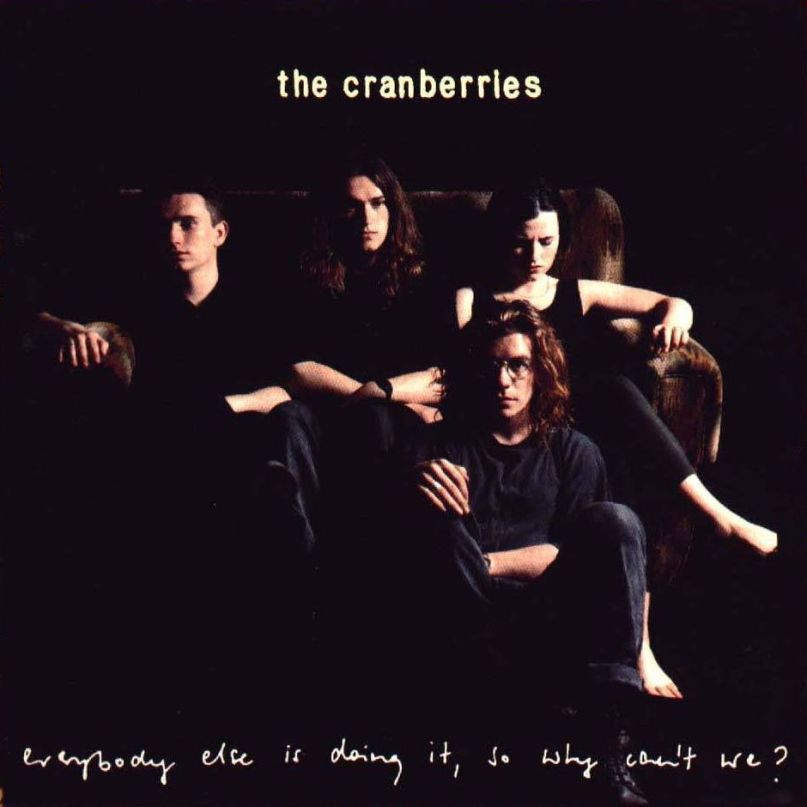 The Cranberries arrived at a time when dream pop had begun its evolution into shoegaze, Madchester’s baggy was cinching up, and the Smiths abdicated their throne to the likes of the Wedding Present. Formed in 1990 in Limerick, Ireland, the Cranberries’ sound, much like that of the Sundays before them, fused together the sweet jangle of guitar pop in a post-Smiths era with pre-gaze dream pop’s wispy airiness and texture. However, unlike the Sundays and vocalist Harriet Wheeler, Cranberries’ vocalist Dolores O’Riordan’s Irish brogue voice tends to rise above Noel Hogan’s guitar leads, often punctuating her songs in such a way that her voice is easily the most recognizable aspect of the band.

By the time the Cranberries released their debut album, Everybody Else Is Doing It, So Why Can’t We?, in spring ‘93, they had already been together for three years, been the subject of a minor bidding war among UK labels, and gotten screwed over by their manager/producer, Pearse Gilmore. After tensions began to rise within the band during the construction of their first full length, news came to bear that Gilmore had set up a back-door deal with the band’s label, Island Records. Rather than break up, the band cut off all ties with Gilmore and moved back to Dublin, hiring Rough Trade’s Geoff Travis as their manager. As Gilmore had also been working with the band in the studio, a new producer was needed, which was found in Stephen Street. Street’s work in the ’80s with bands like the Psychedelic Furs and the Smiths helped shape the sound of UK pop, and his work in the early ’90s with Blur would help forge the foundations of Britpop.

Although Street had been heavily involved with Blur at the time he began working with the Cranberries, the sound of the Cranberries’ debut bears little to no resemblance to the newly evolved sounds of Blur or the emerging Britpop. Rather than bombard the listener with outright guitar, Street and guitarist Noel Hogan weave the tinny jangle of his guitar lines subtly with O’Riordan’s voice (often layered two or three times on top of itself) and emerge with a delicate balance between exquisite balladry and luscious pop. Throughout Everybody Else… there is an ebb and flow of heartbreak and joy, ebullience and melancholy, expressed through both O’Riordan’s vocals and Hogan’s understated guitar.

“I Still Do” opens the album in a rather subdued fashion, tending to build slowly over the opening minute, with O’Riordan’s ghostlike voice rising from the building tension. Despite the outwardly aggressiveness in parts, the underlying dreaminess of the song lends itself as the perfect long form introduction to the opening cascade that begins the album’s second track and first single, “Dreams”. The Cranberries’ first single is a wonderful pop song that has moments akin to the Sundays, until O’Riordan’s voice breaks free from its grounding. As soon as she soars with a series of “la’s and la-da’s”, her following lyrics “impossible to ignore” could not be more prophetic.

“Dreams” isn’t the only uptempo island in a sea of sad ballads. Tracks like “Wanted”, with its pace setting hi-hats, and “Waltzing Back”, one of the more Celtic influenced songs on Everybody Else…, all proceed at a steady pace and perhaps even provide hints of future efforts. Released as a promotional single in the US, “Still Can’t” (also called “Still Can’t Recognize the Way I Feel”) is perhaps the most Smiths-like song on the album, and not just because of the jangly guitars. With its chorus and O’Riordan’s strained vibrato, “Still Can’t” sounds as if it could have been found on the Smiths’ cutting room floor. The similarities to Morrissey during this song are eerie.

Also released as a promotional single to the US market, “Sunday” is one of those songs that begins entirely differently than it ends. Introduced with a soft guitar and a minor string section, “Sunday” begins as what could be a sad, heartbreaking ballad. O’Riordan’s voice, initially buried in strings, doesn’t do anything to alter the assumption. After a slight break, the rhythm section comes alive, Hogan’s guitar begins to strum on top rather than lost in the background, and O’Riordan’s voice, no longer the ghostlike waif, bounces with the lyrical refrain, “You mystify me”. “Sunday” is perhaps the perfect blend of both styles exhibited on Everybody Else…, beautifully blending the sublimely ethereal with straight-up pop rock. Despite its initial promotional release in America, the label sought to scrap its promotion in lieu of re-releasing the band’s first two UK singles, “Dreams” and “Linger”.

“Linger” is perhaps the best known song by the Cranberries (next to “Zombie” from their follow-up album No Need To Argue, which was also produced by Street). With its wonderfully enunciated r’s and O’Riordan’s brogue dialect enhancing the titular word (and its rhyming counterparts), the vocalist’s singing often overshadowed the song’s true elegance. In a manner similar to “Sunday”, “Linger” begins with a haunting dream pop-like passage cresting with the entrance of a gorgeous string section. It is this orchestral section throughout the song that elevates “Linger” above all the other tracks on the Cranberries’ debut. All the elegance sought on “Sunday” is found in perfect synchronicity on “Linger”.

On its initial release, “Linger”, much like first single “Dreams”, barely made a notch in the UK charts; however, as the band began to tour the US opening for groups such as the The and Suede, MTV began to take notice. After the song was put into rotation on the channel, “Linger” began to climb the mainstream charts in the US, eventually peaking in the Top Ten.  Both “Linger” and “Dreams” were re-released in the UK following the new found success in the United States. The success of the Cranberries’ debut album, which crested somewhere around eight million sold, was ultimately eclipsed by their follow-up No Need to Argue, but it is here on Everybody Else Is Doing It, So Why Can’t We? that O’Riordan’s and Hogan’s songwriting, matched with Street’s production, best captured the Cranberries’ lilting romanticism and pop elegance.