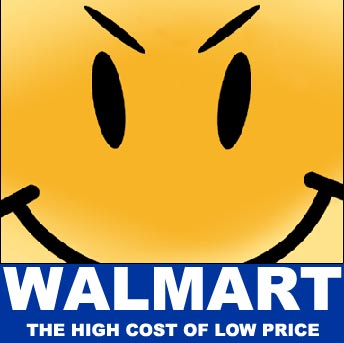 Walmart vs. small town America: It’s a story so prevalent it’s already been parodied. For the town of Athens, Georgia, however, it’s no laughing matter. As Hidden Track reports, an Atlanta-based developer plans to build “a mixed-use development anchored by a Walmart”, which has stirred up controversy in the area. Citizens of the community have already put together a website in opposition, and they’ve received help from numerous musicians, led by Drive-By Truckers’ Patterson Hood.

Hood has teamed up with R.E.M.’s Mike Mills, Widespread Panic’s Todd Nance and John Bell, and Lera Lynn, along with fellow members of the Drive-By Truckers, Futurebirds, Hope For Agoldensummer, Justified True Belief, and The Quick Hooks to form The Downtown 13.

This Atlanta developer wants to clog our cultural heart and build a bunker the size of three city blocks next to the vibrant downtown scene, Hood states in a press release. They hit The Easy Button: a big box store in our downtown district is clearly misguided and a somewhat ridiculous notion. Downtown Athens is a dynamic network of local businessesAthens already has a meaningful brand and we are extremely protective of it.

The Downtown 13 have put together a song, “After It’s Gone”, which you can listen to in its corresponding video below. For more information on their cause, visit Protect Downtown Athens.