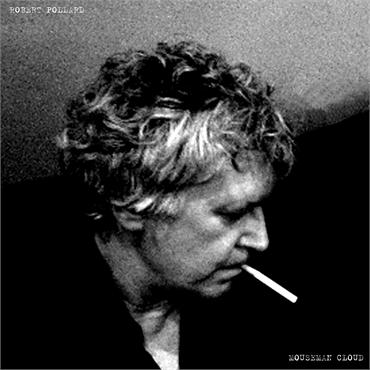 Robert Pollard’s output for the past decade and a half has been nothing short of copious, steam-pressing rock albums together year after year like a machine. On Mouseman Cloud, his fifth solo album in the past two years, Pollard’s craft runs a bit stale, impressing more with quantity of ideas than actual substance.

With the reunion of Guided by Voices, Pollard could have easily slowed down with his solo work, but it seems the band’s reformation only further empowered the frontman to continue penning lengthy, sketchbook-like LPs. This diary aspect is apparent about three songs into Mouseman Cloud’s 17-song set, but the lingering effects of the best garage rock ideas get tangled with the surplus of skinny guitar whimsies and repetitive lyrics, leaving the listener to sort out the good from the bad

Firstly, the good: On “Continue To Break”, Pollard has the spunk to whip out the line, “The juiciest news continues to break… rapidly vapid,” and apart from that phrase being the obvious foreshadowing of a good deal of the album, the song is a clear highlight with rawboned guitar-play. The thick, anthemic “Picnic Drums” is Pollard’s epic ode to the season of spring, so it racks up immediate relevancy points on top of its cool-as-hell brashness. The title song and “Lizard Ladder” are as gritty and grainy as Pollard’s cigarette-puffing mug appears on the album cover. The songs sprawl about, quick rockers carved from the salt of the earth, but the letdown comes 10 songs after, when you think they’re playing again.

And now, for the less than phenomenal: Too many tracks here are filled with Pollard getting stuck in one-line, repetitive ruts and simply not knowing how to end these songs gracefully. With GBV’s raw and unabashedly cozy earlier albums such as 1993’s Vampire on Titus, there was a sense of pure reassurance in Pollard singing, “Time, time, time, time, time!”; on Mouseman, however, songs like “Human Zoo” and “Mothers Milk and Magnets” feature about nine original lines or so before Pollard finds that magical loop.

While the disappointment comes from good songs either never fully starting up or not going anywhere once they do, Pollard remains a swaggering, prolific indie rock craftsman, if not necessarily a wordsmith.