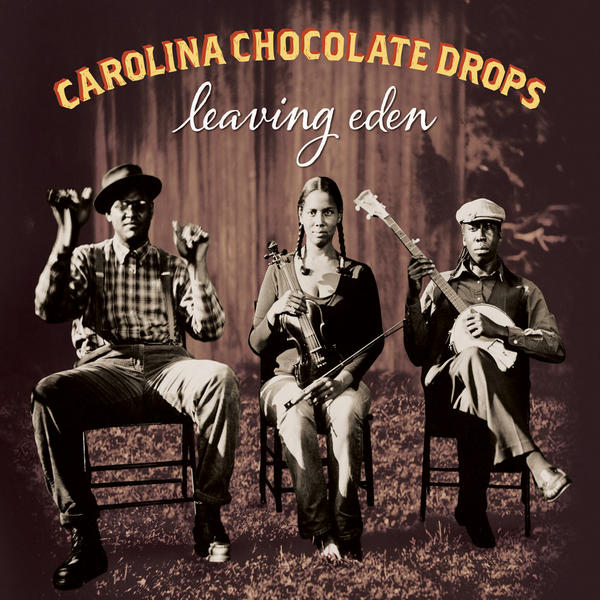 It’s not often that the instrument you can’t quite identify on a particular track turns out to be the five-string gourd banjo, but that’s the rhythmic, eclectic world of Carolina Chocolate Drops. The award-winning string band folksters bring a quick step and a soulful effort to their third full-length, Leaving Eden.

This is traditional music, sure, but it’s anything but stuffy. The first two tracks give a nice cross-section of the album’s tone. Fast-paced opener “Riro’s House” lights right into a kicky fiddle that zings straight on through the closing notes. Following that, “Kerr’s Negro Jig” features that bare gourd banjo and a captivating instrumental melody, haunting in its simplicity.

The album careens back and forth between slow and fast, wisely chasing anything depressing with another dose of that burning fiddle, a shot of whiskey after a good long cry. There are a few long, slow moments worth attention, including chilling closer “Pretty Bird”, featuring vocalist Rhiannon Giddens’ bottomless alto all alone, the better to showcase her commanding talent. She lends a throaty, infectious jazz to “No Man’s Mama”, a roaring celebration of freedom sung in full-on nightclub style.

A few moments, though, do disappoint; original composition “Country Girl” is unnecessarily preachy (lyrics include, “ain’t nothing like living in the South/ I want to shut your mouth”), and a few of the more old-timey numbers land just the other side of twee. But the Drops sound best when they’re having fun, and there’s no shortage of backyard dance party on this album. “Read ‘Em John” is a good ol’ fashioned call-and-response floor stomper, and jaunty “Run Mountain” will burrow into your brain and stick there. “West End Blues” is a sexy, slinky number on fiddle and banjo tinted with Giddens’ warm vocals.

Like the eponymous candy, Leaving Eden will draw you back for more of that sweet warmth to melt on your tongue. The Drops are the perfect antidote to the end of winter.