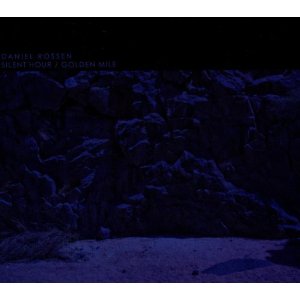 Grizzly Bear’s Daniel Rossen has said that for a long time, he only played his music for friends and that it took him years to become comfortable with his voice and performing. Grizzly Bear’s widely acclaimed 2008 release, Veckatimest, made it quite apparent that the Brooklyn-based 29-year-old has grown into a talented singer, songwriter, and guitarist dedicated to the complex craftsmanship that goes into making a record. Attention to detail and triumphant melodies sit at the top of the band’s strong suits, and Rossen’s first solo release, Silent Hour/Golden Mile, holds onto those traits. The record is a short yet somehow sprawling collection of five songs that depart from the artist’s other projects just enough to give it its own special feel.

Opening track “Up on High” presents a sparser side of Rossen, but even so, subtle intricacies remind you who you’re listening to, and the song serves as a perfectly obvious opener for this quick gem of an EP (whose songs don’t vary too drastically throughout). From there, “Return to Form” features a more Grizzly Bear-esque grandiose build that allows Rossen to get a little loud and rock out. Thematically, the album shows him tussling with beliefs and faith, but fourth track, “Saint Nothing”, could tell a story even if it was in another language. A somber piano and honestly earnest vocals create a narrative all on their own, adding an extremely personal element to the disc.

The brevity of the album works in its favor, as the five songs seem somehow complete, and it’s apparent no filler material was added just for the sake of a higher track count. Silent Hour/Golden Mile  achieves exactly what a debut solo EP from one of the people behind one of the most acclaimed indie albums of the past few years should. It’s a quick reminder of Rossen’s talent and manages to showcase his clout as a solo artist while making fans hungry for more Grizzly Bear.