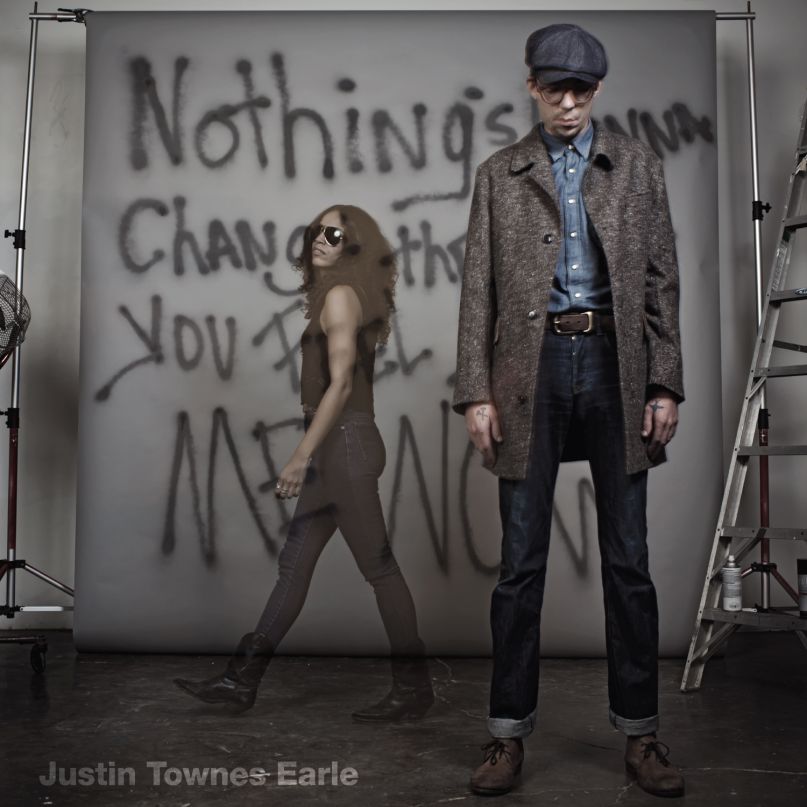 Those familiar with Justin Townes Earle won’t be surprised that the rambunctious crooner has yet again changed his style. The junior Earle (son of Steve) has explored the breezy early Americana folk realm (sophomore LP Midnight at the Movies), foot-stompin’, church choir rockabilly (Harlem River Blues), and most recently dabbles in soulful, jazzy folk with Nothing’s Gonna Change the Way You Feel About Me Now.

Earle has always been the epitome of restless—his lanky frame crooked over his guitar, dapperly dressed, divulging his checkered past of drugs, rehab, and family feuds through well-crafted songs. Perhaps this album’s tone coincides with Earle turning 30, but the songwriting on Nothing’s Gonna Change… is more ripe and at peace than his previous work. His offering is far from stagnant, for Earle still maintains his ability for compelling, simple storytelling. Here, muted trumpets and laid-back rhythms soften the southern gentleman’s snarled approach. It’s a watered-down Earle, perhaps more than we’d expect, but it works.

“Am I That Lonely Tonight?” sets the tone for the album, trumpet and sax flowing behind Earle’s quiet musings of being far from home. It’s a different man than we heard on Harlem River Blues; the rough and assertive songwriter offers more emotion and honesty. “Maria” chronicles a broken relationship over a buoyant horn section and swaggering guitar lines. “Won’t Be the Last Time”’s lyrics own up to drunken missteps and reconsider the choices of its author, a pedal steel-punctuated ballad that confesses, “When I was young, I was dumb and I was free.”

“Memphis in the Rain” showcases the city’s namesake sound with more familiar Earle territory, smoldering organs and backing vocals. Though it’s a change of pace, Earle’s third album is a natural progression for the songwriter, perhaps best summed up by album closer “Movin’ On”: “30 years of runnin’s left me standing with my back to the cold/And it’s left me most days wondering if I’ve ever really learned a thing at all/Trying to move on.”