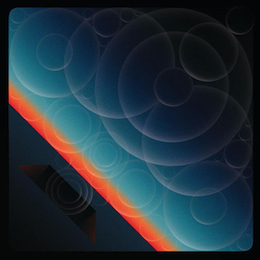 Over the course of his 10-year history as engineer of the Grammy-winning prog-rock band The Mars Volta, Omar Rodri­guez-López has more than earned his reputation for being a dictatorial mastermind. His ruthless methods — forcing his collaborators (note: not bandmates) to record in isolation, kicking out players by removing their names from press releases — have led to some of the most creative and complex records of the last decade. But his rigid system has also led to inevitable tensions, and things had to change. Noctourniquet — the band’s sixth full-length — was created during a period of transition and negotiation for core members RodrÃ­guez-López and vocalist Cedric Bixler-Zavala, and it shows, but not necessarily in a bad way. The record is the band’s most accessible and cohesive to date.

First, there are some personnel changes. Longtime keyboardist Isaiah “Ikey” Owens and guitarist John Frusciante are gone. Freak of nature drummer Thomas Pridgen was replaced by human drum machine Deantoni Parks. Then there are some significant stylistic deviations (though the album is still very much recognizable as a Mars Volta release). Signature labyrinthine songs are mostly abandoned for more straightforward compositions, with 13 fairly self-contained tracks. Electronics are embraced wholeheartedly, with heavy video game soundtrack influences to add additional texture to the album’s already dense structures (“The Whip Hand”, “In Absentia”). RodrÃ­guez-López has eased up on his “more-is-more” philosophy, exercising restraint on his guitar overdubbing tendency and allowing some breathing room for Bixler-Zavala’s soaring vocals (“Vedamalady”, “Imago”). Bixler-Zavala has turned a corner lyrically, too. Known for his wild and impregnable writing, he’s produced some of the most memorable and emotionally powerful lines of his career. “I found a reason to leave you with this love,” he sings on “Empty Vessels Make the Loudest Sound”. “All I can do is forgive your broken heart.”

Noctourniquet is either the best or the worst album the band’s ever released, depending on the source of your love for the band. Die-hard prog-rock fans—the ones still obsessing over every single detail of MV’s 2003 masterpiece, De-Loused in the Comatorium — might hate this for not being challenging enough. But for those who respect The Mars Volta for continuing to evolve after all these years, their latest offering will continue to inspire hope in the band’s future.