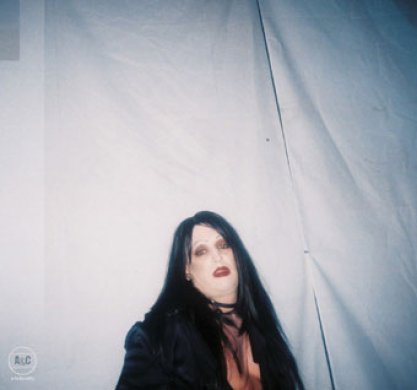 One third of Toronto darkwave trio Austra (whose debut Feel it Break was one of the more solid debuts to come out last year), Maya Postepski is back with another equally impressive debut, this time as half of Trust, another similarly gloomy, Toronto-based synth-pop outfit. Joined on vocals and co-production duties by Robert Alfons, the pair earned a couple of large-scale opening gigs with DFA1979 and Crystal Castles, months before TRST even had a release date, based mostly on the strength of their raucous live performances. While Trust’s music bears a strong resemblance to Postepski’s downcast dance groove for Austra, Alfons’ pallid vocal bleats and the frigid synth lines that mark TRST make for considerably colder, more consistently engaging fare.

Trust prove very capable of setting the mood from the get go on the icy, brooding “Shoom”. Alfons’ peculiar voice quickly proves to be the most powerful tool at the duo’s disposal, his bizarre array of nasal groans and croaks somehow even more affecting than anything else in their expansive arsenal of synths and beats. “Dressed for Space” changes pace rather dramatically, making straight for the dancefloor with an airtight backbeat and a fairly massive, albeit mostly indiscernible chorus. “Gloryhole” and “F.T.F.”, the latter of which is among a handful of the Postepski-sung tracks, make for mid-album highlights amidst an admittedly lackluster midsection.

TRST closes on its strongest note with the glorious “Sulk”. A goth-pop anthem for the ages in the tradition of “She’s in Parties” and “Cities in Dust“, “Sulk” fully epitomizes everything the duo do well, throbbing, bumping, and lurching its way through just over six minutes of mascara-lined melodrama from Alfons, and some brilliant, bleary-eyed synth work courtesy of Postepski.

While Trust are hardly the only group to crank out a solid album of downbeat synth-pop jams in recent years, they’re crafty enough to pack TRST with enough of their own quirks and curveballs to make for a surprisingly fresh debut, one that’ll likely prove difficult to follow.