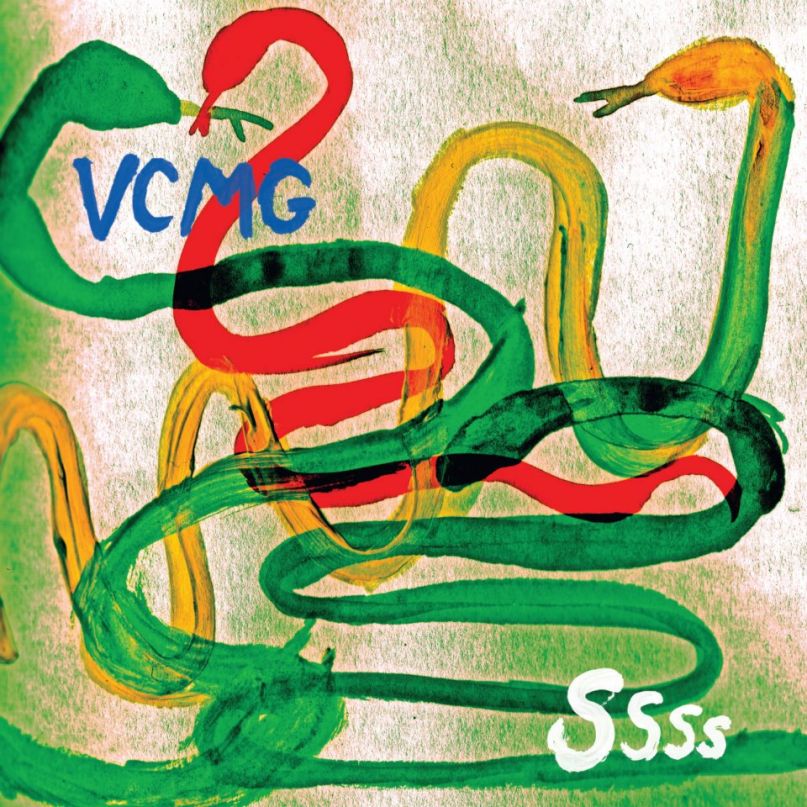 Still in their teens, Vincent Clarke (VC) and Martin Gore (MG) formed Depeche Mode and influenced the commercial appeal of synthpop during the 1980s. Much like young love, differing expectations drove the two apart, with Clarke leaving to eventually form the sugary-sweet pop outfits Yazoo and Erasure. At the helm of Depeche Mode, Gore steered the band down a darker, more guitar-driven road than their debut, Speak and Spell, pushing the outfit to the pinnacle of their genre.

Thirty years removed from the breakup, it was a love for techno that rekindled the duo’s artistic relationship. Following research into minimal-techno for a Plastikman remix, Clarke reached out to Gore, who had been dabbling in techno-heavy DJ sets over the past decade. This email set in motion a long string of file transfers that would result in VCMG‘s debut full-length, Ssss.

Without the need, and possibly desire, to share recording space, the album’s 10 tracks are a sonic representation of one-upmanship between the two legendary producers. The album showcases each man’s ability to craft intricate, polished, four-to-the-floor beats, but the lack of vocals could be a major deterrent for the casual Depeche Mode devotee. However, it’s not meant to cater to old fans, or even lure in America’s younger EDM community, instead perfecting on the elements of minimalist instrumental techno for an hour-long trip into the dark, industrial caverns that exist inside any technophile’s skull.

The lean intro in “Lowly” is a precursor to the album’s many tense moments. Ssss avoids the massive drops heard today in most clubs, choosing to build up a long, pulsating melody that is morphed by whirling synths, analog feedback, and bouncing bass beats. The mid-section of the LP (“Wind-up Robot”, “Bendy Bass”, and “Single Blip”) proves that gray-hairs like Clarke and Gore (now both in their 50s) can still build club bangers.

Ssss may not be the album expected by longtime Depeche Mode fans, but for those who still appreciate mid-tempo techno, the vinyl is definitely worthy of coveted crate space. And for all of us who may know an undereducated EDM fan, these tracks are a launching pad for discovery.