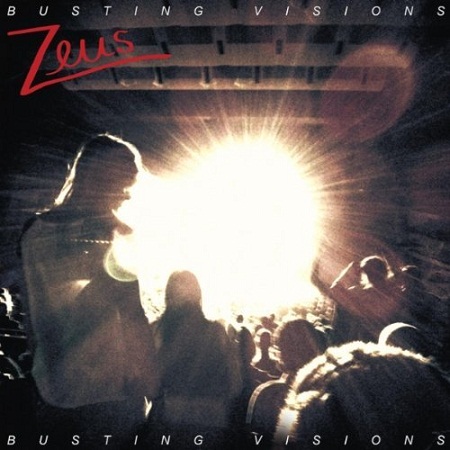 By fine-tuning a mix of sweet pop rock and determined guitar chops on their second album, Busting Visions, Zeus has become more focused and, in turn, more enjoyable; this is the one that’ll bring the band’s sound into its own.

You can’t call their brand of rock heavy and hard so much as energetic and ear-grabbing. Brewing cavalier pop with hushed funk, Zeus at times emulates both French pop-rock masterminds Phoenix and the less alt-country iterations of Blitzen Trapper with their fun class of jumpy rock. The Toronto foursome’s slight classic rock tendencies, previously courted on their debut, Say Us, to adequate results, become strengths here. On “Hello Tender Love” – one of the jewels of the album, channeling the now-defunct NY funk band Julius C – the band pumps a powerful, soul-dripping chorus through an excellent transition into the McCartney-like playhouse affair of “Messenger’s Way”. This isn’t nearly the only clever moment on the record, but it sure sticks with you the most.

Recalling songs like the laid-back “The Renegade” from 2010, the pleading “Let It Go, Don’t Let It Go” echoes the bittersweet melancholy of Steely Dan’s saddest lyrical moments, and “Proud and Beautiful” is another brief softie with a tender swagger. The band’s earnest attitude makes for eclectic instrumentation that never offends but only knocks you off your feet if you’re truly paying attention. Overall, elements like harlequin piano chords, guitars imitating kazoos, and click-clack percussion could have been embroidered to greater detail.

The more outward moments on Busting Visions, such as opener “Are You Gonna Waste My Time?” and “With Eyes Closed”, recall groovy, romantic joy from decades ago, and on “Cool Blue (And the Things You Do)”, Rob Drake, Mike O’Brien, Neil Quinn, and Carlin Nicholson play as a more theatrical, spaced-out Spoon, with lingering jazz harmonies, vocal grit, and resounding bell chimes. Keeping up with this boldness and experimentation could yield future material worthy of Mount Olympus.