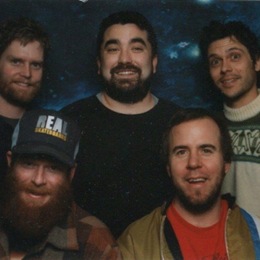 California indie rock band Grandaddy has reunited following a six-year split for a limited number of shows in 2012. Their first announced date is a headlining appearance at the UK’s End of the Road Festival in September, where they’ll join Grizzly Bear, Beach House, The Antlers, and Alabama Shakes.

Comprised of Jason Lytle, Jim Fairchild, Kevin Garcia, Aaron Burth, and Tim Dryden, the band put out four studio albums during its 15-year existence between 1992 and 2006. Their sophomore album, 2000’s The Sophtware Slump, is considered their crowning achievement, appearing in many “Best of Decade” lists and even earning them an invitation to open for Elliot Smith in late 2000.

Grandaddy disbanded in 2006, citing a lack of profitability and general fatigue. Since then, the band’s members have embarked on a number of side-projects, with Lytle and Fairchild releasing solo albums and Burtch and Lytle coming together to form Admiral Radley. Last year, Grandaddy reissued their first three studio albums.