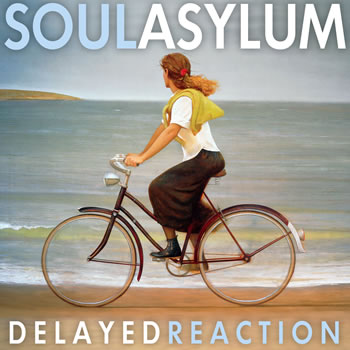 On July 17th, Minneapolis rockers Soul Asylum return with their first new album in six years, Delayed Reaction. The band’s tenth studio LP is their first with 429 Records and also the first without original bassist Karl Mueller, who passed away in 2005. Now, the lineup includes founders Dave Pirner and Dan Murphy alongside bassist Tommy Stinson (of The Replacements) and former Prince drummer Michael Bland.

Produced by Soul Asylum and overseen by John Fields, Delayed Reaction, according to a press release, “bristles with the tightly wound, slightly ragged vibe that characterized the band when they emerged straight out of Minneapolis.” It was recorded across the country in Los Angeles, New Orleans, and Minneapolis, which injects the LP with “a unique backdrop of local culture vibe.”

To support the release, the band will hit the road this summer, so stay tuned for a complete itinerary. In the meantime, check out the album’s tracklist below, including past recordings of Reaction tracks “Gravity”, “Into the Light”, “Let’s All Kill Each Other”, “Cruel Intentions”, and “I Should’ve Stayed In Bed” shortly after.

“Let’s All Kill Each Other”:

“I Should’ve Stayed in Bed”: