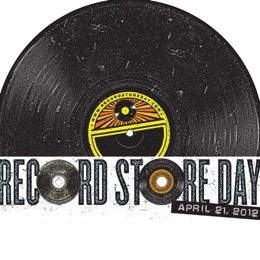 With Record Store Day 2012 now just seven weeks away (April 21st), a number of artists and record labels have begun to reveal their plans for music’s new favorite holiday. Here’s a recap of the some the more notable releases already announced:

— Mastodon has two releases planned: A split 7″ single with Feist, which features Mastodon covering the Feist song “A Commotion”, while Feist covers Mastodon’s “Black Tongue. Mastodon also contributes a cover of The Flaming Lips’ “A Spoonful Weighs a Ton”, which will be released on 7″ baby pink vinyl single as part of the Side By Side Series.

— Detroyer will re-release his 2006 album, Destroyer’s Rubies, on vinyl for the first time in the U.S. Available through Merge Records, the package also includes a bonus track “Loscil’s Rubies”, a 20-minute long bonus song remixed by Scott Morgan, and a digital download of the album. The vinyl will be available in ruby red.

— Neon Indian will release “Hex Girlfriend”, b/w a Twin Shadow remix of the song, on 10″ vinyl.

— Metallica will release their new EP, Beyond Magnetic, on 12″ colored vinyl.

— M. Ward will release his new single “Primitive Girl”, b/w “The Twist” and a cover of Chuck Berry’s “Roll Over Beethoven”, on 7″ vinyl.

— The Tallest Man on Earthwill release a 12″ single comprised of “King of Spain” b/w a cover of Paul Simon’s “Graceland” and his own Where I Thought I Met the Angels”.

— Also from the Side by Side Series, Sara Watkins will release a cover of The Everly Brothers classic “You’re The One I Love”, with guest vocals from Fiona Apple.

In addition,Wax Poetic reports the following releases will also see light on Record Store Day (we’ve yet to confirm these releases independently):

— Sufjan Stevens will join forces with Rosie Thomas for a split single, featuring the songs “Where Were You” and “Here I Am”.

— Andrew Bird will release a 7″ single featuring his covers of Alpha Consumer’s “The Crown Salesman” and “Handsome Family’s “So Much Wine”.

— David Bowie’s 1972 single “Starman” will be released on picture disc 7″ vinyl, and will come back with an unreleased b-side from the recently surfaced Tops of Pops performance.