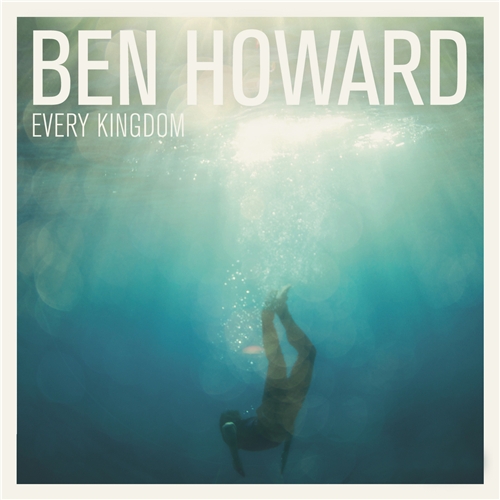 British surfer/songsmith Ben Howard works from a crowded square of beach with his brand of acoustic music, but the US release of Every Kingdom (on the back of a huge tour) creates waves aplenty. A UK top 10 album last autumn, Howard’s debut shows he has absorbed a refreshingly broad range of musical and lyrical influences, both contemporary (Bon Iver) and past (John Martyn and Paul Simon stand out). These color his work sufficiently so that it can’t simply be labelled alt-folk, folk-pop, or whatever. The folk influence is there in much of the song construction and agile guitar picking, but the Devonian’s music reaches far beyond the genre confines. It has a warm immediacy and emotive, soulful sincerity to it that invites the listener in, using enduring nature as its image bank.

An everyday tale of tree-felling, the episodic “Old Pine” begins the record with melodic ebb and flow, as it recalls close camaraderie over summer days. It’s an atmospheric opener that sets a marker for what follows. The inevitability of time passage and the value of memories are regular themes in songs laced with strong hooks that quickly sound familiar. Vocally, Howard mixes a husky, laid back style with more than a hint of soul. On the brisk, rhythmic “Diamonds”, there are echoes of Lindsay Buckingham (think “Big Love”). This feel continues on one of the record’s highlights, “The Wolves”, a break-up song in which anger and impatience are expertly welded to a strident melody and exorcised through a lengthy coda.

Howard’s originality, though, is in his ability to create and reflect intimacy, to make his often opaque lyrics apposite and believable, and to always neatly wrap them in strong melodies and wiry rhythms. The album also benefits greatly from the ensemble playing of Howard’s bandmates, India Bourne and Chris Bond, who skilfully contribute a raft of instruments and complementary harmonies. The quality threshold is high throughout, whether it’s the pared down beauty of “Everything”, the empowering positive pop of “Keep Your Head Up”, or the epic gloom of “Black Flies”. Every Kingdom is quite a self-assured debut, delivered by a guy who could be your best friend and still date your sister.