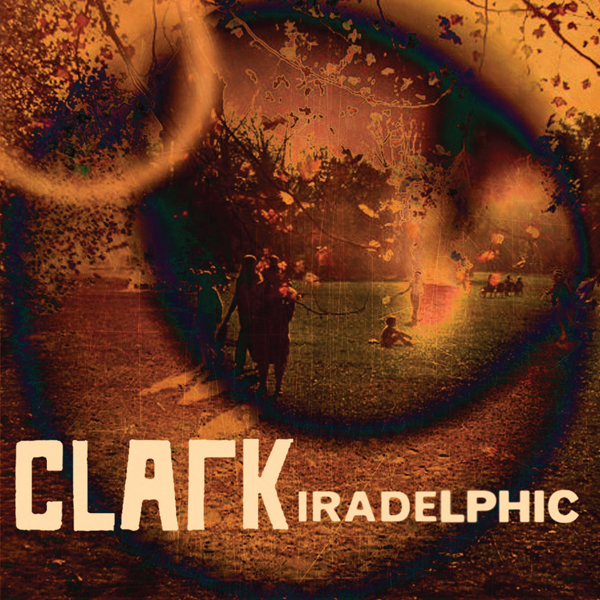 After dropping the first name from his artistic moniker, both Chris Clark’s alias and musical output became more precise, painting with darker, more meticulous tones. On Iradelphic, the recent installment in his increasingly impressive Warp Records canon, Clark’s weavings of cool-hue electronics and soft-spoken analog instrumentation come together to simply create a solid, if not amazing, 40 minutes.

In a way, that doesn’t hit you until the last decaying washes of synths and silence in “Broken Kite Footage” dry up. It becomes apparent that the very same schizophrenic qualities that detract from the overall effect of the album’s cohesive statement add to the dazzling mini-movements contained in Iradelphic’s 12 tracks. To map a web of similarities between sporadic moments may leave you feeling a bit lost, but the album’s arc as a whole – as well as the individual paths and missions the tracks themselves set out on – engages almost to the point of subtle epiphany.

Effectively, the record is divided into three distinct sections. The desolate first third has Clark strictly segregating the electronic from the elemental: folksy, introspective tracks such as “Henderson Wrench” and the glorious “Tooth Moves” feature ethereal bluegrass and exposed, major-key guitar lines, yet the colder, electric tracks in between sound a bit weird to help open the album up. The midsection, however, bestows glimpses of very human, worldly resonances, and trip-hop tracks like “Secret” feature breathy female vocals snaking through the grass before they’re whisked away to a nighttime stroll through the woods. “Ghosted” takes another left turn, diving into earthy guitar coils akin to Boards Of Canada’s The Campfire Headphase.

The latter third of the album showcases the superb triptych of “The Pining”, with Clark entangling all components previously hinted at into trails of discovery both at the microscopic and grandiose level as he jumps through fast hoops of melancholy and joyous electronica. The stance remains, though, that it might start doing Clark well to embrace both grandeur and the human voice more often.

Iradelphic is a deceptively ambitious album, and while its revelations might get a bit lost, it could be one of the most interesting releases this year.