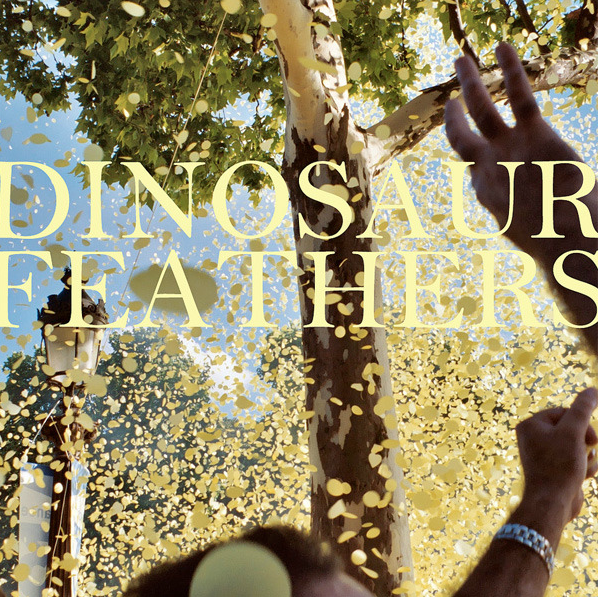 With their 2010 debut Fantasy Memorial, Dinosaur Feathers earned buzz with their brand of lo-fi, World music-tinged pop. Sounding like a more scrappy Vampire Weekend, the Brooklyn quartet combined African drum beats and Animal Collective-like samples with angular guitar lines and the laid back vocals of bands like Real Estate and the aforementioned Ezra Koenig to create an altogether pleasing, sunny first effort.

On Whistle Tips, the band has beefed up their sound with an onslaught of fuzzy guitar tones and a fatter rhythm section, which helps their cute songs hit harder and linger longer. This rings most true on the album’s first side, which kicks off with “Young Bucks” and “SURPRISE!”—two three-minute jams of pop precision that smartly use simple, but memorable guitar hooks and big choruses to dismiss any notion of Dinosaur Feathers as another hazy bedroom project.

The band still has a clear affinity for the sounds of ’50s and ’60s pop hits with anabundance of backing vocals, shimmering guitars and punchy progressions, but thereare definite signs of them stepping out of their comfort zone. From the jazz-inflected “Certain Times”, which manages to work in a blown-out guitar solo that wouldn’t sound out of place coming from the fingers of Jack White, to the droning turned funky “City Living” complete with a bubbling R&B bass line, and the near-epic “Beatcha”, you hear a bandcoming into their own and having fun doing it.

Though the vocals can tend to teeter on the edge of whiny—most notably on the otherwise solid “Cure For Silence”—Dinosaur Feathers have turned in an almost entirely carefree pop record without sounding trite or vapid, and established themselves as gifted tunesmiths not afraid to make a little noise.