Emmure – Slave To The Game 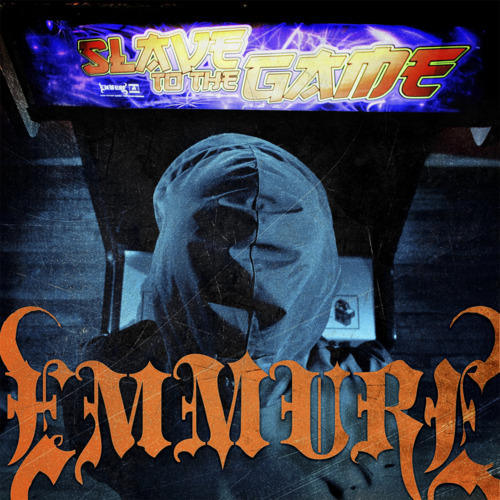 Coming only one year after their sloppy Speaker of the Dead from 2011, Slave To The Game finds emotional death metal band Emmure treading only slightly new waters both lyrically and sonically, being both afraid to escape their violent masculine mentality and stubbornly loyal to their bone-churning riffage.

The lyrics here may only be a slight step up from their album Felony’s riveting tales of smashing faces with bottles of Blue Moon, but to waltz into an Emmure album craving lyrical brilliance is to expect pencil shavings from an axe. Frankie Palmeri has decisively chosen to cement his band’s stature as an engine for celebrating vengeful machismo as well as subtly praising the Lord (check “Poltergeist” for the awkward mash-up of Palmeri’s shrieks and prayers together). Emmure have this going for them, though it’s not as boring this time. The melodic, mid-range riffs poking their way through the mind-numbing carnage make tracks like “I Am Onslaught” and especially “MDMA” exemplary in that they sound almost nothing like what comes before or after on the album’s grizzly half-hour.

But never fear; there are plenty of guitar breakdowns to go around on Slave To The Game, with Jesse Ketive and Mike Mulholland once again spending most of the time chugga-chugging like a locomotive train, with songs like the snidely titled “She Gave Her Heart To Deadpool” and “A.I.” sounding similarly abrasive to the point of being dull. Palmeri’s poetic musings still float on par with Jonathan Davis on an average day, but there is at least enjoyment in his commitment to rage and the expulsion of hurt feelings.

Slave To The Game shows a band curious about more experimental sounds, however grating (note the steely, annoying electronics in “Umar Dumps Dormammu”), but perhaps too blockheaded to move further, remaining slaves to the tried-and-true Emmure din.

Essential Tracks: “MDMA”, “I Am Onslaught”