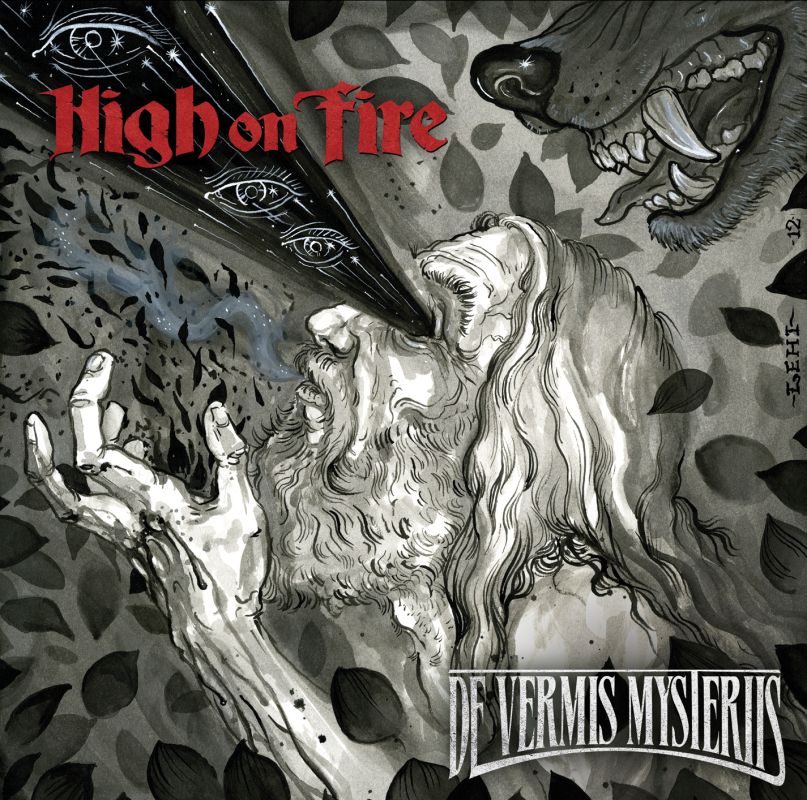 Within the Cthulu Mythos, Mysteries of the Worm—in Latin, De Vermis Mysteriis—is a sinister tome of arcane knowledge. Perhaps the most dangerous within is a spell capable of summoning a star vampire from outer space. For California stoner metal legends High on Fire, it’s a psychedelic concept album about the time-traveling twin brother of Jesus Christ. Don’t worry if either of those high concepts have your head spinning; big themes be damned, De Vermis Mysteriis is a pretty kick-ass metal album.

Frontman Matt Pike, bassist Jeff Matz, and drummer Des Kensel have taken a more rough-around-the-edges approach on this record, inviting Converge‘s Kurt Ballou to the producer’s console. The result is an album that’s even more visceral than Death Is the Communion or Snakes for the Divine. It’s raw, loud; the album opener, “Serums of Liao”, demonstrates this tonal shift out of the gate, with Pike’s voice and guitar pushed to volumes that threaten to blow out the audio, and machine gun drumrolls echoing sharply as if you’re catching a loud-ass metal show in your buddy’s cramped, unfinished basement.

Pike gets to show off his demonic croon on “King of Days”, the album’s proggiest cut, breaking into ridiculously killer operatic guitar solos. The album’s title track is as gross and raunchy as you could hope for, a riveting mess of howls, sludgy riffs, and pummeling drum fills. It’s High on Fire not pulling any punches.

Pike has had trouble capturing the batty, balls-to-the-wall ferociousness he brings to live performances on record, even since his Sleep days (Perhaps the Dopesmoker remaster will help fix that). De Vermis Mysteriis gets up in your face, and it never really steps back until it’s over. This is how High on Fire sounds live, and it’s arguably the best capturing of that intensity on a record.