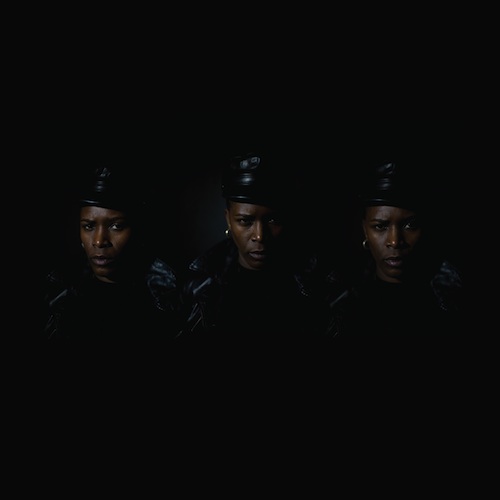 Light Asylum is somewhat of an exception to the synthpop norm. While their counterparts are ushering listeners into summer with danceable pop and breezy melodies, these Brooklynites are rattling our cages with darkness and political undertones. Light Asylum is intimidating, but the band’s goth pop comes with an undeniable groove that’s still easy to enjoy.

Much of their fear factor comes in the way of the oozing confidence of frontwoman Shannon Funchess. Funchess’ authoritative growl sounds almost masculine, her gravelly rasp demanding just as much attention recorded as it does onstage. Whether she’s screaming out accusations of judgement during the sleek mechanics of “Pope Will Roll” or professing that “nobody’s innocent” during the breakneck funk found in “IPC”, Funchess’ vocals are just as essential to the music as the ever-present staccato of drum machines. There’s simply no denying the power she presents as lead, displaying the same bewitching prowess as Grace Jones.

Alongside the support of keyboardist Bruno Coviello, the duo layers its messages over an equally captivating instrumental bottom. This includes the use of jolting shots of drums tinged with twinkling synths on the dark dance number “Hour Fortress” and the shrill, alarm-like sirens that collide with a bass-heavy fog backing instructions to “love all the people that you despise” on “At Will”.  Previously released track “A Certain Person” uses the glam of ’80s keys and an occasional horse bray to create an effective breakaway moment for Funchess to close the album.

For the most part, the pair supports each other in equal measure, but around the halfway point their energy drifts away purposefully for a time. There’s a jarring shift in moods with the unnerving eeriness presented in a tale of boozing and pills on “Sins of the Flesh” and in the ballad of hopeful love with glimmering keyboard on “Angel Tongue”. While the duo proves they can slow things down, the moments are detracting all the same.

The synth goth found on Light Asylum is meant to feel cold and mechanical, but with this duo’s pairing, they’ll have no trouble welcoming fans to their side. “Are you with us?” Funchess demands to know on “IPC”. After this debut, the answer is a definite yes, we are.