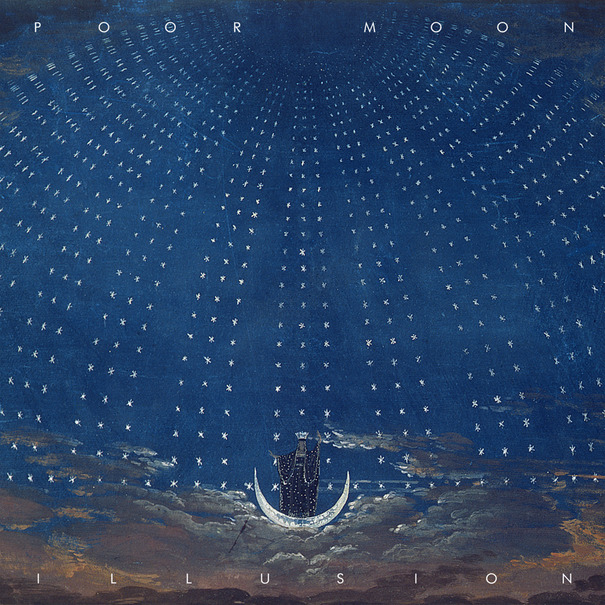 If Poor Moon was comprised of Seattle newcomers trying to put themselves on today’s folk map, the band’s debut EP, Illusion, would probably be much more impressive with its melodic, Simon and Garfunkel-esque songs. But because two of the band’s members (lead singer Christian Wargo and Casey Wescott) hail from the giant that is Fleet Foxes, it’s hard to listen without thinking something’s missing, and that something is Robin Pecknold.

Illusion isn’t bad by any means. The album’s five songs include the same loveable harmonies that Fleet Foxes fans will adore, and it’s musically rounded out by members of Crystal Skulls and The Christmas Cards. The EP is strongest when it sounds most like Fleet Foxes on the harmony-driven “Widow” and the least like Fleet Foxes on the slightly more guitar-heavy pop song “People in Her Mind”. Wargo also begins to prove himself as a lead vocalist on the title track, during which he croons, “We’ve only got to make our own minds believe we’re living in the kind of world we want to see.” Illusion is simple and retro-sounding, and as a short first record, it shows promise for future albums from this group of old friends.

And Fleet Foxes fans searching for something beyond the band’s wildly successful sophomore album, Helplessness Blues, now have something more to tide them over while trying to ignore saddening speculation that the band could be calling it quits.

Essential Tracks: ”Widow” and “People in Her Mind”