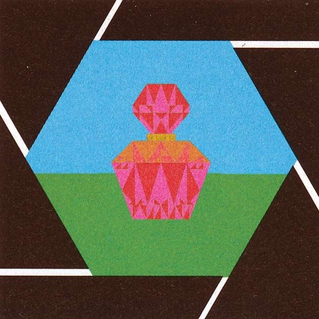 Turn off your lights. Strike a match and light some incense. Put White Fence‘s latest LP, Family Perfume, Volume 1, on your record player. Then lie down somewhere comfortable, close your eyes, and let the journey begin.

A reclamation of psychedelia, of The Doors’ wildest and The Beatles’ most ambient, Family Perfume, Volume 1 is like a slice of forgotten time. It begins with “Balance yr Heart”, a folkloric piece distinguished by dominant harmonica accents and Tim Presley’s haunting, John Lennon-esque drawl. “Do You Know Ida Know” is a devotion to Tigerlily, that mysterious woman spotted across the room, the one shrouded in acrid smoke and understated sexuality, spinning her wrists to the sky and shaking her hips to the rumbles of a tambourine. These tunes are about letting your imagination drift to the Summer of ’67, carried by erratic instrumentals and fading distortion.

“Down PNX” is a furious mix, much harder to listen to, with “Take Away Life’s Endless Take” resuming the drugged improvisation of the psychedelic rock genre. “Hope Servatude I Have No” has the same jangled blues of “Balance yr Heart”, evidencing the blues genre that Presley is also embracing with the album. The mix of reckless psychedelia and lazy blues go well together, and on vinyl the instrumentals and Presley’s nasal tone will sound heavenly amongst the cracks of the spinning needle.

The album’s greatest quality is its experimentation, its occasional burst of punk emotion (“Soaring pique daily number 2”) and the way it can transition seamlessly into feel-good organ and upbeat acoustic guitar on the next track (“A Hermes Blues”). You seem to go from hell and back, from the inner crevices of deep introspection and thought to the mindless meanderings of a warm and sunny day. Just listen and accept that a genius is at work, that Presley has captured a sound and a feeling forgone for decades. It’ll be intriguing to hear what he conjures up for Volume 2 in May.