Damon Albarn speaks on bleak future of Blur and Gorillaz 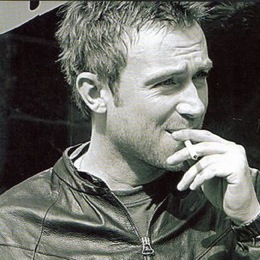 With two new studios albums (Rocket Juice and the Moon and the Dr. Dee soundtrack), in addition to upcoming tour dates with Blur, Damon Albarn remains one of music’s most prolific musicians. However, as he reveals in a new interview with The Guardian, neither Blur nor his other acclaimed project, Gorillaz, appear to have much of a future.

With regards to Blur, Albarn said he doesn’t think the band will release any more records. When asked if the band will play live again following their show at London’s Hyde Park this August, he replied, “no, not really.” Albarn said that because bassist Alex James and drummer Dave Rowntree are no longer “daily musicians… it’s harder for them to reconnect. You know what I mean? It’s fine when we play live – it’s really magical still – but actually recording new stuff, and swapping musical influences… it’s quite difficult.”

Albarn, however, did add “you can write scripts, and they always end up going… [pause]… well, one thing I’ve learned, and I’m sure you’re exactly the same, is that everything I think I’ve got totally sorted out, and I know exactly what’s going to happen – it never works out that way…” That said, when asked again if this implied the end of Blur, Albarn responded, “In all likelihood, I would say.”

The future is grim for Gorillaz, as well. Albarn admitted that it’s “unlikely” that there will be more Gorillaz music, explaining that the project’s co-founder, Jamie Hewlett, feels its “done.” In fact, Albarn revealed the project’s demise has a “long story,” which culminated when he chose to tour 2010’s Plastic Beach with a full band and limit the focus of Hewlett’s animation.

“The music and the videos weren’t working as well together, but I felt we’d made a really good record, and I was into it. So we went and played it.” Consequently, Albarn said he and Hewlett are no longer on speaking terms.

Below, you can find Blur’s upcoming tour dates, along with video of them performing what may be the band’s final song ever ”Under the Westway”, and Gorillaz’s video for “Stylo”.